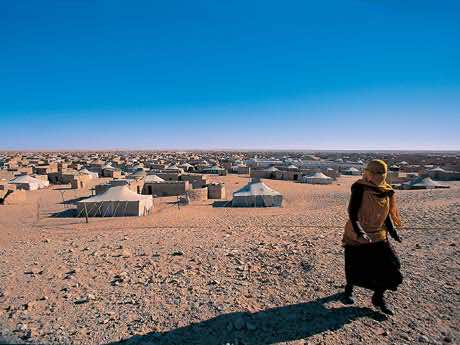 “It is time to put an end to this incongruous situation that has bred separation, heartbreak and suffering and that Morocco is working to mitigate the intensity, despite the fomented obstacles, through the family visits exchange under the auspices of the High Commissioner for Refugees,” said the minister during the session of oral questions in the House of Representatives.

He added that the regional context marked by tensions and security challenges “requires, today more than ever, to lift confusion on the legal situation and determine very clearly the responsibilities in the Tindouf camps, in the Algerian territory.”

The Minister noted that the abduction of European humanitarian workers in Tindouf camps, a few days ago, “urges us to reaffirm first our condemnation of this cowardly terrorist act and voice our strong solidarity with the countries and the families of the citizens kidnapped and Morocco’s commitment to working together with the countries of the region to secure, as soon as possible, their release and to fight against any similar act.”

This, he said, leads to recall once again that the Algerian authorities should assume their primary responsibility, which is, in accordance with the principles of international law, to ensure the security and legal protection of all persons within their territory, including the inhabitants of the Tindouf camps.

The Minister stressed that “our brothers from the southern provinces live in legal conditions marked by fragility and confusion, which further encourages collective and serious violations of their basic rights.”

He argued that with the ongoing vagueness about the authority legally responsible for the Tindouf camps and in the absence of well-developed security coordination between the countries of the region, “the situation is set to be further exasperating.”

Fassi Fihri also said the presidency by Morocco of the Inter-Parliamentary Union (IPU) offers an opportunity “to support our national causes,” at their head the Moroccan Sahara issue.