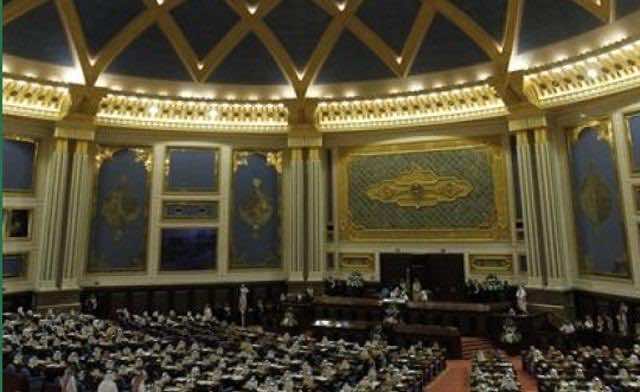 A prominent Saudi rights activist lashed out at recent attempts to hamper the future participation of women in the Shura Council.

Suhaila Zein el-Abedin was subjected to harsh criticism for her objection to the segregation between men and women in matters relating to the Shura Council owing to the isolation women suffer when their contribution is confined to closed female-only meetings and closed-circuit television.

“I was severely attacked because I demanded that women’s contribution to the activities of the Shura Council take place in the same room with men,” she told Al Arabiya. “This is what happens in several conferences and seminars in Riyadh and other cities in the kingdom.”

Zein el-Abedin, who holds a Ph.D. in Islamic Studies, argued that Saudi men and women are constantly in the same places such as hospitals, shopping malls, and in TV interviews, where they sit at the same table.
In other conferences that take place in Saudi Arabia, she explained, men and women are in the same room but sit in separate areas.

“This also happens in most Islamic conferences. I don’t know why we can’t do the same in the Shura Council meetings.”

“In cases of women-related matters, women will meet on their own, but in other cases they should be in the same place.”

Zein el-Abedin accused her detractors of contradiction, since many of them attend conferences in which men and women are gathered in the same place.

“They are seen sitting next to female students and academicians. Why do they object to the Shura Council, then?”

For Zein el-Abedin, the main purpose of such discriminatory practices is to marginalize women’s contributions on the Shura Council in order to render it almost ineffective. She also objected to the insults implied in this attitude.

“It is as if we don’t know our religion and we’re acting against it. This is not true. I know my religion very well and I abide by its rules.”

Although Zein el-Abedin attended several conferences in which men and women were in the same area, she also went through being isolated with other women in a separate area and stressed that the second option obstructed real contribution.

“In the Third Conference for Saudi Men of Letters in the Fahd Cultural Center in Riyadh, they placed women in the upper floor of the hall, and it was almost like we were not there at all.”