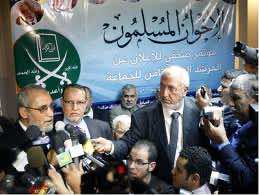 The performance of the Islamist party Ennahda in the October 23 Tunisian elections, in which it won 41.5 percent of the seats, has refocused attention on the upcoming Egyptian elections scheduled to begin on November 28. Some analysts have minimized the Muslim Brotherhood’s prospects for success by pointing to polls suggesting that the group — the largest and best organized in Egypt — hovers between 15 to 30 percent approval. It may be true that the Brotherhood isn’t as popular as we might think. But elections aren’t popularity contests. In fact, as the campaign unfolds, it appears likely that Egypt’s Islamists will do even better than expected, just like their Tunisian counterparts.

In the run-up to the Tunisian elections, Ennahda was polling around 20 percent. Yet they ended up with nearly double. In elections — particularly founding elections in which new parties need to introduce themselves to voters across the country — organization and strategy are what counts, not high approval ratings. In Egypt, the Muslim Brotherhood excels on both counts. While most liberal and leftist parties are effectively starting from scratch, the Brotherhood already has a disciplined ground game, fine-tuned from three decades of contesting syndicate and national elections.

During last November’s parliamentary contest — arguably the most fraudulent Egypt had ever seen — I had the chance to witness the Brotherhood’s “get-out-the-vote” operation up close. One Brotherhood campaign worker, perhaps unaware it would sound somewhat implausible, told me that the organization has an internal vote turnout of nearly 100 percent. In other words, everyone who is an active Muslim Brotherhood member is expected to vote and actually does. Even if this is a stretch, it is true that the Brotherhood, in part because it is a religious movement rather than a political party, has the sort of organizational discipline of which competing parties can only dream.

This discipline is deeply rooted in the organization’s culture. Each Muslim Brotherhood member signs on to a rigorous educational curriculum and is part of something called an usra, or family, which meets weekly. If a Brother chooses to stay home on election day, other Brothers will know. But it’s not just a matter of peer expectations. At each polling station, there is a Brotherhood coordinator who essentially does a whip count. Because the number of voters at a particular polling station can be quite small — with the number of Brothers in the hundreds — this is feasible in many districts. The “whip” stays there the entire day, watching who comes and goes and tallies up the figures. If you were supposed to go and didn’t, the whip will know. Perhaps sensing my skepticism, one such whip assured me, “Well, you have to understand — I know every single Brother who lives in the area.

With an electoral system that is, in the words of one activist, “algorithmically complicated,” knowing your district takes on even more importance. As Daphne McCurdy pointed out in a recent POMED report on Tunisia, “Most polling in Tunisia has focused on nationwide levels of support, entirely overlooking variation within specific electoral districts.” Ennahda was the only party that had coverage throughout the country, with tailored strategies for each district, including rural areas. Here, the Brotherhood has yet another built-in advantage. With 88 deputies in the previous parliament (2005-2010), the group was able to provide a greater array of services on the local level and build stronger relations with constituents.

What about the Brotherhood’s competition? The Brotherhood’s political arm, the Freedom and Justice Party (FJP), is joined by Ayman Nour’s liberal al-Ghad party, the Nasserist Karama party, and a smattering of smaller parties, forming the “Democratic Alliance” list. There are four other major lists, three of which have a liberal or leftist orientation (Egyptian Bloc, the Revolution Continues, and the Wafd list). With their considerable funding and patronage networks, the right-of-center Wafd party, headed by multi-millionaire Al-Sayyid Badawy, and remnants of the old ruling National Democratic Party, are also well positioned to secure a significant share of the vote.

For their part, the newly formed liberal parties have suffered from an inability to articulate a clear ideology or agenda — a major failing in a country where “liberalism” continues to have a negative connotation. Many liberal parties have sometimes appeared to stand for little more than not being Islamist, opting to stoke public fears of impending theocracy. Such a strategy is likely to backfire in a country where 67 percent of Egyptians say that laws should strictly follow the Quran’s teachings, while another 27 percent say that they should in some way follow the values and principles of Islam, according to an April Pew poll. In Tunisia, the Progressive Democratic Party, which positioned itself as the anti-Islamist choice, got pummeled in the polls, while the two liberal parties that maintained good relations with Ennahda — Congress for the Republic and Ettakatol — faired relatively well, finishing in second and third place respectively.

This leaves an obvious course for leftist and liberal parties, one that offers considerably more promise — a razor-sharp focus on Egypt’s mounting economic troubles. But this, too, is challenging, as most parties — leftist or not — use similar rhetoric on the economy: Poverty is bad; jobs are good; social justice is better, and so on. As Ayesha Sabayala of the Economist Intelligence Unit pointed out regarding Tunisia, “If you look at parties’ manifestos, with the exception of the far left parties, most have the same economic objectives: to reduce unemployment and increase infrastructure in interior.” The Muslim Brotherhood has smartly positioned itself as a voice for the poor, even though its economic platform (something designed more for foreign investors and the international community) is surprisingly free market-oriented. Recently, for example, the group launched “Millioniyyat al-Khayr” (the million-man act of goodwill), an initiative to provide 1.5 million kilos of meat to 5 million Egyptians for the Eid al-Adha holiday.

There is still the possibility that the Brotherhood may underperform — as they did in the recent Doctors’ Syndicate elections. But, be careful what you wish for. The alternative to moderate Islamists may very well be less moderate Islamists. Well before the Arab Spring, Brotherhood leaders often told me that their youth were increasingly being swayed by Salafi ideas. One Brotherhood official told me that Salafis outnumbered them five to one. Salafi groups have repeatedly sounded ambitious notes, with one leader claiming that they would win 30 percent of the seats. Ambitious as they are, Salafis are political novices, with virtually no experience running parliamentary campaigns. But they are proving quick learners and have managed to unify their ranks, bringing together four Salafi parties under the banner of the “Islamic alliance.” Moreover, liberal claims (or hopes) that Salafis are well outside of the mainstream may be wishful thinking. In a December 2010 poll, 82 percent of Egyptians said they favored stoning adulterers, while 77 percent supported cutting off the hands of thieves. The only movement besides the Brotherhood with a nationwide grassroots base, Salafis have taken to organizing traffic in congested areas of Alexandria, engage in door-to-door education campaigns, and provide health services to the poor.

These elections, then, are not necessarily about ideas. They are about voters. And, in this respect, Egypt’s elections are looking a lot like they do in the United States. The “good guys,” whoever they are, don’t always win. Indeed, if Islamist parties do as well they might — winning upwards of 50 percent of the vote — the alarmism and hand wringing from Western quarters will be considerable. The important metric for Egypt’s troubled transition, though, isn’t who wins, but rather, if Egyptians have the opportunity to choose their own representatives free of intimidation and interference. Democracy, as Western democracies have long known, is about the right to make the wrong choice.