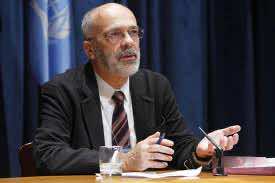 Each year since 1990 the Human Development Report has published the Human Development Index (HDI) which was introduced as an alternative to conventional measures of national development, such as level of income and the rate of economic growth. The HDI represents a push for a broader definition of well-being and provides a composite measure of three basic dimensions of human development: health, education and income.

Morocco ranks 130 out of 187 countries in the Human Development Index in the 2011 global human development report released by the United Nations Development Program (UNDP) on November 2nd, 2011.  In the 2010 report, Morocco was ranked 114 out of 169 countries. However, data  comparisons cannot be drawn with those of previously published reports, because the underlying  data and methods have changed, as well as the number of countries included in the HDI.

Out of the dimensions of  human development  measured by the Index, the following are key highlights for Morocco:

The GII measures gender-based inequalities in the following  dimensions:  reproductive health, empowerment, and economic activity. Morocco’s GII value  is of 0.510, ranking it 104 out of 146 countries in the 2011 index.

The HDI is an average measure of human development across the population at the country level and  assesses inequality in the following three dimensions of the HDI by ‘discounting’ each dimension’s average value according to its level of inequality:  a  long and healthy life, access to knowledge and a decent standard of living. Morocco’s HDI for 2011 is 0.582. However, when the value is discounted for inequality, the HDI falls to 0.409, a loss of 29.7% due to inequality in the distribution of the dimension indices. In comparisons with Arab states,  the average loss due to inequality for  those countries is 26.4%.

Reducing poverty and vulnerability has taken on a new importance in Morocco as manifested by the King’s announcement on May 18, 2005 of the National Human Development Initiative (INDH). Morocco’s Human Development Initiative is unquestionably a landmark in Morocco’s recent human and social development history, as it gives top political priority to people’s living conditions (especially youth and women) and their access to basic social infrastructure and services.

This program, with a budget of US$1 billion (or 10 billion Dhs), represents the Moroccan broad framework to achieve the Millennium Development Goals (MDGs), at a national level. INDH has actually come to crown all of the achievements and mark the ultimate stage of the integration of strategies and the know-how acquired during the long development process Morocco started after its independence.

As an initiative launched by His Majesty King Mohamed VI in 2005, the INDH has set itself for some short, medium and long term objectives with a view to achieve the following goals in conformity with the  MDGs. These include: Reduce poverty in rural areas; Alleviate social exclusion in urban areas; Alleviate extreme vulnerability; Mainstreaming INDH governance mechanisms and strengthening of institutional capacity.