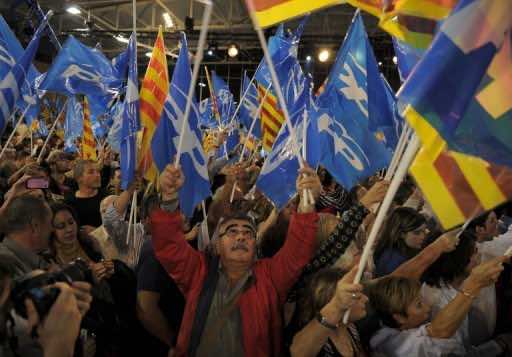 Spain’s Socialist government fought to avert an unprecedented thrashing as campaigning opened for November 20 elections overcast by sky-high unemployment and a stalled economy.

At the stroke of midnight, Spain on Friday entered the official campaign period, almost certain to end with an overwhelming victory for the conservative opposition Popular Party.

Latest polls give the Socialist Party 30.3-31.0 percent support compared to 45.3-47.4 percent for the Popular Party as 36 million voters take revenge over economic misery and a third quarter unemployment rate of 21.53 percent.

If the polls prove correct on election day, it would lead to the Socialists’ worst defeat in their history and a humiliating end to eight years in government.

Alfredo Perez Rubalcaba, who is leading the campaign for the Socialist Party after Prime Minister Jose Luis Rodriguez Zapatero bowed out, put a brave face on his prospects against opposition leader Mariano Rajoy.

“At the moment, it would be easier for Madrid to beat Barcelona than for me to overcome Rajoy,” the 60-year-old Rubalcaba, a renowned Real Madrid fan, told sports daily Marca in a televised interview.

“There is no doubt about it,” he said.

Latest government data showed employment — at the heart of the election battle — deteriorating further with the number of jobless growing by 134,182 to 4.36 million in October.

Spain also had to pay out sharply higher borrowing rates to raise 4.49 billion euros in a government bond auction Thursday, a reminder that investors still see Spain’s sovereign debt as a risk.

The Popular Party, led by the 56-year-old Rajoy, could garner an absolute majority of the 350 members of parliament and 208 senators if the opinion polls are right.

The latest jobs data were “intolerable and unacceptable,” Rajoy said in a party statement.

The jobless rate was the consequence of many factors including government leaders “who did not know how to run the Spanish economy, and that is what we Spaniards are all paying for now,” he said.

Resentment over the crisis has boiled over into an “indignant” national protest movement and already helped the Popular Party to crush the Socialists in local and regional polls in May.

The “indignant” activists have now called for a nationwide protest on November 13 and another on the eve of the vote in Madrid’s central square Puerta del Sol, birthplace of the movement.

The Spanish economy slumped into recession during the second half of 2008 as the global financial meltdown compounded the collapse of a property bubble, which threw millions out of work.

This year the government completed a restructuring of the financial sector and it joined with the opposition to enshrine balanced budgets in the constitution.

They warned that high public and private debt levels coupled with the weak economy made the country especially vulnerable to the eurozone debt crisis.