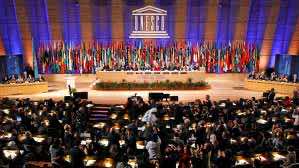 The Palestinians said on Thursday that Israel has carried out its threat to suspend transfer of tax payments totaling some $100 million to the Palestinian Authority to protest this week’s admission of Palestine to the United Nations’ cultural agency. Meanwhile, Israeli forces killed two Palestinians in a clash along the Israel-Gaza border on Thursday.

The Palestinian bid to join the agency, UNESCO, is part of a broader campaign to win U.N. recognition of an independent state of Palestine, in defiance of U.S. and Israeli opposition.

Israel later said it would punitively suspend the monthly transfer of roughly $100 million in customs, border and some income taxes that it collects each month on behalf of the Palestinians and relays to their government in the West Bank.

On Thursday, Palestinian officials said Israel has not made this month’s transfer. The funds are usually sent in the first three days of the month, The Associated Press reported.

The funds are critical for the Palestinian Authority, which employs tens of thousands of people. The cut-off comes just days before a Muslim holiday. The Palestinian Prime Minister Salam Fayyad, said he had borrowed from local banks to make sure people get paid ahead of the holiday.

The U.S. cut off contributions – some $60 million – to UNESCO after the Palestinians won membership and Canada swiftly followed suit, together depriving the agency of about 25 percent of its annual funding.

Israel Radio reported on Thursday that Israel, too, would withhold its annual $2 million contribution, but a government spokesman said he couldn’t immediately confirm that.

After gaining membership in UNESCO, the Palestinians said they planned to seek membership in other U.N. agencies as part of their campaign for statehood. But in Cannes, France, on Thursday, U.N. Secretary-General Ban Ki-moon warned that “millions” of beneficiaries worldwide could suffer from cuts in U.N. funds if Palestinians join its other agencies beyond UNESCO.

A top Palestinian leader suggested the U.N chief should lean on U.S. lawmakers instead.

“I think it would be easier for Mr. Ban Ki-moon to ask the Congress to change their laws,” said senior Palestinian official Saeb Erekat.

A day after the vote, Israel announced it would speed up the building of some 2,000 housing units in the occupied West Bank and around Jerusalem, and freeze tax transfers to President Mahmoud Abbas’s Palestinian Authority, according to Reuters.

“Steps like these do not promote peace but make it more distant,” Netanyahu said of the UNESCO vote.

The Palestinians are looking to establish a state in the West Bank, Gaza Strip and East Jerusalem, territories Israel captured in the 1967 Middle East War.

Israel later annexed East Jerusalem, a move that has not won international recognition. It withdrew from Gaza in 2005, and in 2007 the territory was taken over by Hamas Islamists, who are rivals to Western-backed Abbas and refuse to recognise Israel.

An Israeli military spokesman said soldiers were on patrol on the Israeli side of the border fence when they were fired upon from inside Gaza, which is controlled by Hamas.

Palestinian medical officials said militants confronted a small Israeli force who had crossed into the northern Gaza town of Beit Lahiya and a firefight broke out. The two gunmen were killed by an Israeli helicopter that responded to the fighting, they said

The clash followed a brief lull in a week-long round of cross-border violence in which 12 Palestinian militants and an Israeli civilian were killed.