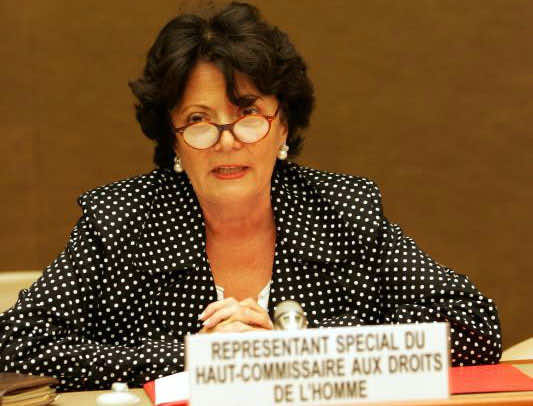 The United Nations committee tasked with reviewing compliance with international human rights treaties today voiced concern over Iran’s record on upholding the rights of religious and ethnic minorities, and the increasing number of executions in the country.

The UN Human Rights Committee said it was disturbed by the continuing discrimination and arrest of religious and ethnic minorities and homosexuals, as well as by the frequency of capital punishment imposed on juveniles, expressing alarm at the vague definition and the wide range of offences for which it is used.

The committee is made up of a group of independent experts who monitor implementation of the International Covenant on Civil and Political Rights (ICCPR). Iran ratified the covenant in 1976, but it was only last month when the country appeared before the committee.

Christine Chanet, a member of the committee, told reporters in Geneva that the Iranian delegation failed to fully engage in the process and avoided the committee’s questioning.

Michael O’Flaherty from the Office of the High Commissioner for Human Rights (OHCHR) told UN Radio that the committee’s observations can make a significant difference to human rights in every country, but its impact may not be immediately visible.

“I remember when Libya came to the committee about four or five years ago, and people could have said then ‘What’s the point?’ The point is our concluding observations are being used today in Tripoli as part of the basic documents to chart how to build a human rights culture in the country going into the future.”