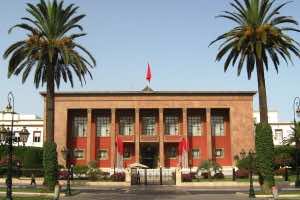 The Moroccan Parliament opened its doors for the first time in its history to 30 young Moroccans who hope to shape their country’s destiny by participating in the legislative process after the next elections.

This initiative is the result of the peaceful struggle by the youth who wanted their voices heard in a legislative institution. They welcomed the decision of having youth members of parliament as it gave them the opportunity to speak for the largest segment of Moroccan society.

“The youth in the Moroccan parliament will have a strong presence and reflect its representatives’ concerns. We are living in a young country, and a large segment of the population is young and their voices will be strongly represented as will be their hopes for the Morocco they want,” said Dr. Cherkaoui al-Roudani, a candidate of the Authenticity and Modernity Party on the youth list.

Moroccan parliament will now have a percentage of its seats reserved for the youth.

“The youth cannot play the role of the “accelerator” outside the institutions, said Dr. Ben Younis al-Marzouki, a professor of constitutional law.
“It is not just about getting them into Parliament but about removing negative connotations that surround the legislative process itself,” he said.

Social movements in Morocco over the past two decades have pushed youth to play a role in calling for reforms. They hope to create a framework for reforms in the next parliamentary elections.