Morocco World News
Home Z-Headlines Britain, France will not back Palestinians at UN 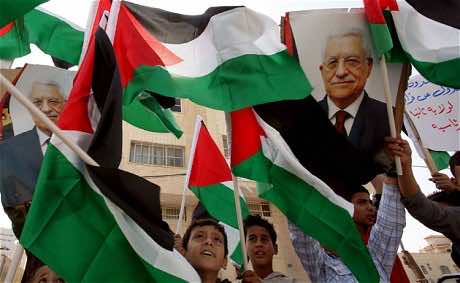 Britain, Colombia and France announced Thursday that they will abstain in any vote on full Palestinian membership of the United Nations, diplomats said.

Added to the US threat to veto any resolution put before the UN Security Council, the declarations added to pressure on the Palestinians to find an alternative way to press their case for greater international recognition.

“From what we heard today, there is no way the Palestinians could get the nine votes they need to get it passed,” one UN diplomat told AFP.

Another council diplomat confirmed that Britain, Colombia and France told the council they would abstain from voting. Both spoke on condition of anonymity because the meeting was behind closed doors.

The latest blow to the Palestinian bid came after the UN’s education, science and culture body UNESCO voted Monday to accept Palestinian membership.

The French foreign ministry is expected to justify its decision on Friday. A British official said Foreign Secretary William Hague would explain the British abstention to parliament in London next Wednesday.

Envoys from Britain and France spoke to the Palestinian representative at the UN, Riyad Mansour, before the meeting considering the application made by Palestinian president Mahmud Abbas on September 23.

The committee’s report on the application will be distributed to all 15 council members next Wednesday ahead of a new meeting. No date has been set for a final council vote and diplomats said the Palestinians do not appear to be pressing for a vote.

To succeed at the Security Council, any membership resolution would need at least nine votes. But the United States has already said it will use its right to veto any resolution.

The United States and Israel say that there must be direct Palestinian-Israel talks to set up an accord on a Palestinian state.

But a western diplomat said Nigeria and Gabon “seem to be leaning toward supporting the Palestinians.”

Israel approved the construction of another 2,000 housing units in the occupied territories and halted the payment of VAT and customs duties on goods for the Palestinian territories that pass through the Jewish state.

Mansour met the Security Council president ahead of the committee meeting to discuss Israel’s “provocation.”

“We all know that if it is not contained, it might lead to further escalation and provocations,” he added, describing events between Israel and the Palestinians as “very volatile.”

Mansour denounced the “illegal hijacking” of Palestinian money through the freezing of tax payments.

Israel has joined the United States in halting financing to UNESCO.
“The Palestinian move at UNESCO, as with similar steps with other UN bodies, is tantamount to a rejection of the international community’s efforts to advance the peace process,” said Karean Peretz, spokeswoman at the Israeli mission to the UN.