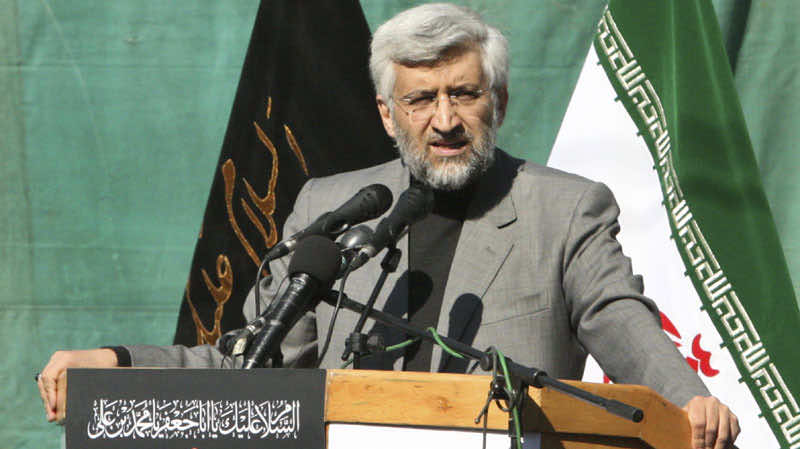 Iran is the biggest threat to the United States and its allies in the Middle East, surpassing al Qaeda, which is down but not out, a senior U.S. military official said on Friday.

“The biggest threat to the United States and to our interests and to our friends, I might add, has come into focus and it’s Iran,” said the official, addressing a forum in Washington.

Next week, the International Atomic Energy Agency, the United Nations nuclear watchdog, is expected to release a report that includes evidence of Iranian nuclear research which makes little sense if not weapons related, Western diplomats said.

However, the official said he did not believe Iran wanted to provoke a conflict and added he did not know if the Islamic state had decided to build a nuclear weapon.

Iran says its nuclear program is peaceful and that it is enriching uranium to power reactors for electricity generation.

“I don’t know that the Iranians have made the decision to make a nuclear weapon,” the official said.

Reporters were allowed to cover the event on condition that the senior military official not be identified.

“Al Qaeda is not out, but it’s down,” the official said. He added that al Qaeda had also been largely marginalized by Arab Spring uprisings that have shown change is possible without resorting to the group’s “medieval practices.”

The United States, the European Union and others have imposed numerous rounds of economic sanctions on Tehran for refusing to halt its uranium enrichment program.

U.S. President Barack Obama on Thursday said he agreed on the need to keep “unprecedented pressure” on Iran. French President Nicolas Sarkozy said on Friday stricter sanctions were the key to reining in Iran’s nuclear program.

But it is far from clear whether China and Russia, members of the U.N. Security Council, would agree to significantly tighten trade and financial sanctions on Tehran.

At the Pentagon, spokesman George Little said the United States remained focused on leveraging diplomatic and economic pressure against Iran.

“We remain very concerned about their intentions with respect to their nuclear program,” Little told reporters.

“But in terms of the instruments of national power that we’re currently employing, the focus is on diplomatic and economic,” Little said.

Last month the United States accused Iran of plotting to assassinate the Saudi ambassador to Washington, an allegation Tehran denied.

There has been a surge of speculation in Israeli media this week that Prime Minister Benjamin Netanyahu is working to secure Cabinet consensus for an attack on Iranian nuclear installations.

Israel bombed Iraq’s nuclear reactor in 1981 and launched a similar sortie against Syria in 2007, precedents lending weight to its veiled threats to take similar action on Iran if foreign pressure fails to curb its nuclear program.

Iran has warned that it will respond to any attacks by hitting Israel and U.S. interests in the Gulf. Analysts say Tehran could retaliate by closing the Strait of Hormuz, the waterway where about 40 percent of all traded oil passes.