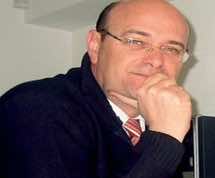 Following the kidnapping last month of two Spanish and one Italian aide workers from the Tindouf camps in southwestern Algeria that involved Al Qaeda in the Islamic Magreb and elements from the POLISARIO Front, journalist John Keller interviewed Spanish analyst Jose Maria Gil Garre (Chema Gil). Chema Gil is an expert on the Sahara issue, the longstanding conflict that has pitted Morocco against the separatist POLISARIO Front, which has the primary backing of Algeria.

In recent years, Gil has reported about the growing links between the POLISARIO Front and criminal organizations and activities to finance the movement. His criticism of the POLISARIO often puts him at odds with public opinion in Spain, which tends to sympathize with the group. Gil has also been warning that the unresolved conflict is enabling extremist groups, in particular Al Qaeda, to exploit the power vacuum, to operate in the region and spread its influence, including among the population in the Tindouf refugee camps.

The Spanish analyst, Chema Gil, who directs the Observatory For International Security and Strategic Studies, integrated by the Criminology Institute ‘Manuel de Lardizabal’ and the company ‘Int. Eurogroup’ announced twenty days ago the dangers of the POLISARIO for the Maghreb Region.

Question: Mr. Gil, for a year now, in different international forums, you have been warning about the ‘permeability’ between elements of the POLISARIO Front and criminal groups in the Sahel-Sahara zone and with the POLISARIO Front itself. The information that has been made available since the kidnapping of the Italian aid worker and two Spaniards seems to confirm your analysis.

Answer: Unfortunately it has. We have been issuing warnings on this matter for more than a year. Not just on our part, but different North American and European analysts have also been saying this.

Question: We have been to your conferences, and have observed the conclusions of your prospective analyses. We have noted clear diagnoses over a dozen times, but it does not seem that such analyses find much of an echo in Spain.

Answer: We do our work, and I assure you that we don’t hide it. We do this through publications, conferences and in these types of forums that have brought us together, also in Spain; but our obligation ends there. I can assure you, for example, that in the National Center of Intelligence that they know of our analysis and warnings, which I personally have delivered through open channels that exists for such ends.

Question:  If that is the case, why is it that the Government has not adopted preventive security measures nor anything in that respect until this kidnapping was committed? And why has the Spanish media not given it more attention?

Answer: Those are questions that you should direct to the Government of Spain and the Spanish media. I believe that on the part of the Spanish government, they have dismissed the analysis of information in this respect, including some indications that the National Center of Intelligence has produced. The Spanish government is not responsible for the kidnapping, but it is responsible for the lack of attention it has given in respect of certain risks that we have been warning about. The government, as a certain media, automatically scorns any analysis that yields negative results towards POLISARIO’s illegitimate interests, just because it is not popular to prove Morocco right. Look, a good number of journalists and politicians maintain a very comfortable position in their discourse of ‘good Muslims’ and ‘bad Muslims’, to levels that reach negligence in journalism and policy. This is the case as much with PSOE as with PP, in everything related to the POLISARIO and towards certain derivations towards crime or –including– smuggling of humanitarian aid, they turn a deaf ear, maintaining language that is absolutely mediocre and, in cowardly form, fearing the loss of votes, they are not capable of confronting the reality.

Question: What is that reality?

Answer:  Well, it’s the reality that we’ve been bringing forward. The Sahel-Sahara area is a wasp’s nest. The collusion of interests between Al Qaeda in the Maghreb and criminal organizations, especially those dedicated to all types of illegal trafficking, from arms to drugs or people is complete and absolute. AQIM pursues an aggressive proselytism campaign, which accompanied by social action, gains it followers and silent accomplices. In the zone, we encounter the phenomenon of the POLISARIO Front, a movement in the process of decomposition, with a social base frustrated by the rampant corruption of the leaders of the POLISARIO and the self-designated ASDR. The frustration of these bases has led many elements of the POLISARIO to link up with Al-Qaeda in the Islamic Maghreb and criminal organizations that operate in the zone. The Spanish government of PSOE is aware of this, and the Popular Party –also informed– have both preferred to look the other way. No one in the past year and a half has publicly demanded a profound revision of relations with the POLISARIO to any of the political parties. In fact, it has been quite the opposite: in behavior characteristic of cowardly and mediocre politicians, they prefer to maintain unclear language.

Question: You seem to be very harsh on the Spanish political class…

Answer:  In my opinion, on questions of security, the two political parties are nothing more than average and as far as in foreign affairs, especially in the past two years, with the exception of some determined individuals, from one party to the other, we have stood out by our absence.

Question: How do you see the situation of the kidnapping evolving?

Answer: Well, look, if the government opts for the route of negotiations and pays a ransom, as they have up until now, we will see the reappearance of certain actors, by way of mediation, in the Mali area. First, they will put up impossible conditions, after which they will lower, they will ask for the liberation of some terrorists – as happened with the Catalan businessmen– in that instance, the main author of the kidnapping was set free, in fact, he drove the vehicle that took the businessmen to the helicopter which rescued them. I admit that, from the coldness of my position, it can be comfortable for me to say this, but as PP deputy Gustavo de Aristegui has expressed in several occasions, ransom payments can never be an option. This feeds a dangerous cycle. PP has maintained this stance during their years in the opposition. If they win the next elections on 20 November, we’ll see if they keep saying this and if the party is coherent with their previous position. The kidnapping can take a long time to unfold.

Question:  Some elements of the POLISARIO Front have provided support for Al Qaeda. Could that be interpreted as a signal of future behavior?

Answer: There are international and Spanish targets within Al Qaeda’s reach, especially with support of elements in the POLISARIO. I don’t want to be more explicit, but the reality is what it is.