Morocco World News
Home Top News Kidnapping of Westerners in Tindouf: US NGO warns against the emergence of... 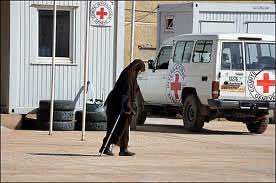 “Far from being a surprise,” the kidnapping of European aid workers, in south-western Algeria

, sounds like a warning against the emergence of a “new Afghanistan” in the Tindouf camps, Chairwoman of the U.S. humanitarian NGO Teach the Children International, Nancy Huff, said.

“I am not astounded by the kidnapping of the European aid workers from the Tindouf camp. I have been saying to aid workers that there are Al-Qaeda operatives in the camps,” Huff told Christian Broadcasting News (CBN News) on Friday.

Al Qaeda’s North Africa franchise, AQIM (Al Qaeda in the Islamic Maghreb) feeds on the frustration that prevails in Tindouf, said Nancy Huff, who had decided to end all her organization’s activities in the camps after discovering the involvement of polisario leaders in the embezzlement of humanitarian aid.

The populations should be able to leave the camps where they languished for over three decades, she insisted, adding that those who manage to flee the camps give eloquent testimony on the infiltration of such camps by AQIM, which has become a criminal organization for drug trafficking and transit towards Europe, and human trafficking.

Nancy Huff also pointed to the rise of insecurity in the Tindouf camps, calling on the international community to put pressure on Algeria to assume its responsibilities in ensuring the safety of such camps and on the UN “to monitor the camps more closely.”

In a statement published recently, Nancy Huff said that the kidnapping of the European humanitarian aid workers is a “strong signal” of “the urgent need to settle the Sahara issue.”

“The kidnapping within the polisario tightly run camps is a strong signal to the international community of the urgent need to resolve the Sahara issue and free the populations held hostages on Algerian territory by those who would use their presence as an opportunity to further their personal interests,” she noted.

The international community, she added, should take the issue of the kidnapping in the camps seriously as the situation is going to become more and more dangerous as long as Algeria does not assume its responsibility for the safety of both the refugees and the aid workers.