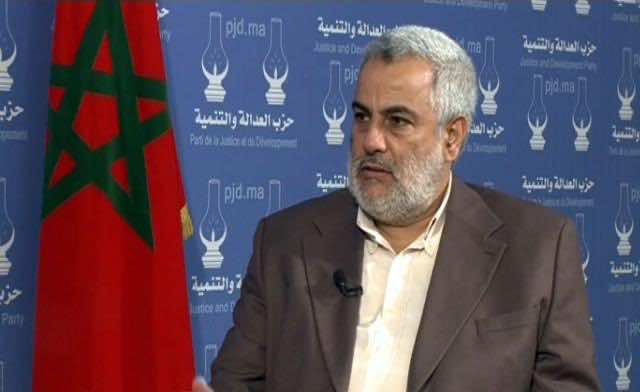 The scale of pro-democracy demonstrations in Morocco since the Arab Spring began early this year was enough to spur change but not enough to overthrow the regime in the decades-old Kingdom, the head of the Islamist Justice and Development party said in an interview aired by Al Arabiya TV on Saturday.

“The numbers of demonstrators were enough to spur change and not enough to overthrow the regime,” Abdel Ilah Bin Kiran said, adding that the planned Nov. 25 legislative elections are a “test to the Moroccan government and its future.”

Following the revolts inTunisia and Egypt, a Moroccan youth movement took to the streets for the first time in Feb. 20. About three weeks later, King Mohammad VI responded with a speech on March 9 pledging a new constitution. The movement rejected the King’s pledges for reform and continued to protest throughout the country with increasing momentum.

On July 1, anew constitution was passed in a referendum by a majority 98 percent, a figure highly contested by opposition groups. Since then, protests in the country continued but have been largely under-reported by international media.

The new constitution promoted the prime minister to the head of government but the King did not relinquish meaningful powers as protesters demanded.

Bin Kiran, whose Islamist party is tipped to make major gains in the upcoming elections, told Al Arabiya that the new constitution specifies the authorities of the king, if it didn’t significantly reduce them.

He said the new constitution has placed Morocco“in a new era,” but warned that failure to hold transparent, free and fair elections on Nov. 25 could push the Kingdom into turmoil.

“Morocco has been an exception for 12 decades and we were distinguished from the east by not being subject to the [Islamic] Khilafat system… [But] there is a test still ahead of us and we will pass if the government acts with absolute fairness,” he said.

Bin Kiran said if the elections are free and fair, his party will win the biggest share of seats in the parliament and will form the government.

He added that if his Islamist party wins, it would push for “balanced” relations with the West.

“The Europeans and the Americans know us, they get in contact with us, and they are not afraid of our existence [as a political force in Morocco].”