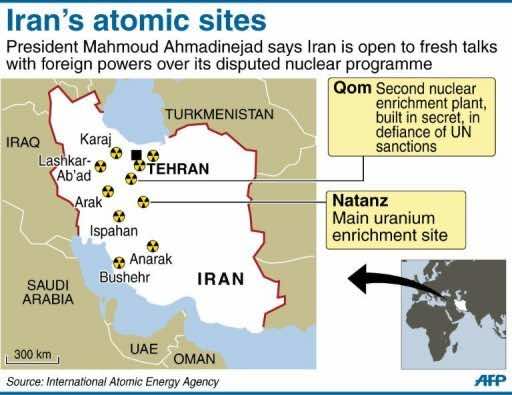 sraeli president Shimon Peres has told several Israeli media outlets that an attack on Iran was becoming increasingly likely, as speculation had been growing about the possibility of an pre-emptive strike against Iranian nuclear facilities.

Israeli President Shimon Peres warned on Sunday that an attack on Iran is becoming increasingly likely, days before a report by the UN’s nuclear watchdog on Iran’s nuclear programme.

“The possibility of a military attack against Iran is now closer to being applied than the application of a diplomatic option,” Peres told the Israel Hayom daily.

“We must stay calm and resist pressure so that we can consider every alternative,” he added.

“I don’t think that any decision has already been made, but there is an impression that Iran is getting closer to nuclear weapons.”

His comments came after he warned in an interview aired by Israel’s privately-owned Channel Two television on Saturday, that an attack on Iran was becoming “more and more likely.”

“The intelligence services of the different countries that are keeping an eye on (Iran) are worried and putting pressure on their leaders to warn that Iran is ready to obtain the nuclear weapon,” he said.

In recent days, speculation in Israel has grown about the possibility of an pre-emptive strike against Iranian nuclear facilities.

On Wednesday, the Haaretz newspaper reported that Prime Minister Benjamin Netanyahu and Defence Minister Ehud Barak were seeking cabinet support for an attack.

And the military last week carried out what Israeli media called a “ballistic missile” test, as well as a large-scale civil defence drill simulating the response to conventional and non-conventional missile attacks.

Officials said both events were long-planned, but they drove talk here about whether Israel is ramping up plans for an attack.

On Sunday, Haaretz reported that US officials had failed to secure a commitment from Israel that it would coordinate any attack plans with Washington.

Citing unnamed US officials, Haaretz said US Defence Secretary Leon Panetta had used a recent visit to Israel to make clear Washington did not want to be surprised by any Israeli attack, but received only a vague response from Netanyahu and Barak.

Still, media reports suggested no final decision has been taken and that a report by the International Atomic Energy Agency (IAEA) nuclear watchdog on November 8 or 9 would have a “decisive effect” on decision-making.

Previous IAEA assessments have centred on Iran’s efforts to produce fissile material — uranium and plutonium — that can be used for power generation and other peaceful uses, but also for the core of a nuclear warhead.

However the new update, which diplomats say will be circulated among envoys on Tuesday or Wednesday, will focus on Iran’s alleged efforts to put the fissile material in a warhead and develop missiles to carry them to a target.

On Monday, Barak denied reports that he and Netanyahu had already decided to attack Iran over the opposition of military and intelligence chiefs.

But he said “situations could arise in the Middle East under which Israel must defend its vital interests independently, without having to rely on regional or other forces.”

Haaretz said a majority of the 15 members of Israel’s security cabinet were still against an attack on Iran, and a poll published by the newspaper found Israeli public opinion divided, with 41 percent in favour, 39 percent opposed and 20 percent undecided.

Israel has consistently warned all options remain on the table when it comes to Iran’s nuclear programme, which the Jewish state and Western governments fear masks a drive for nuclear weapons.

Iran denies any such ambition and insists its nuclear programme is for power generation and medical purposes only.

In comments published on Sunday, Iranian Foreign Minister Ali Akbar Salehi accused the IAEA of “political” behaviour and said its report would be “baseless.”

“I believe that these documents lack authenticity. But if they insist, they should go ahead and publish. Better to face danger once than be always in danger,” several Iranian dailies quoted Salehi as saying.