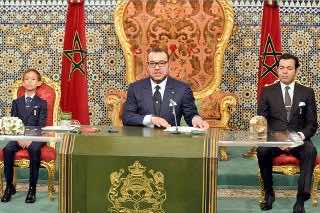 In a speech to the Nation, Sunday, on the occasion of the 36th anniversary of the Green March, the Sovereign said that “the success of Morocco’s dynamic approach should make it possible for our fellow citizens in the Tindouf camps to enjoy the same opportunities and nurture the same hopes and aspirations as their brothers and sisters in Morocco’s southern provinces in a united, region-based, democratic and development-oriented country that welcomes all its sons.”

“Whereas Morocco is working in good faith to implement this dynamic, constructive, future-oriented vision, our fellow citizens who live in an isolated, sealed-off area in the Tindouf camps, are still being subjected to the worst forms of deprivation, repression and humiliation, in outright denial of human dignity and their basic, legitimate rights,” HM the King noted.

The Sovereign reaffirmed, in this regard, Morocco’s refusal of “this humiliating situation as well as the disgraceful schemes of the enemies of our territorial integrity, who have been unashamedly ignoring the calls of the international community, including those of the Security Council and the United Nations High Commissioner for Refugees, so that the latter may carry out a census that would safeguard the basic rights of our brothers in the Tindouf camps, and provide the legal protection to which they are entitled.”

“It is high time each party shouldered its responsibilities. Rather than perpetuating deadlock, divisions and separatism, some bold, inclusive, future-oriented decisions should be made. We also have to make the most of the new opportunities brought about by the profound changes in the Arab region and the Maghreb,” the Monarch said, underlining that “Morocco was one of the first countries to sympathize with the legitimate aspirations for democracy expressed by the peoples concerned. My country has shown solidarity with them and has also keenly sought to ensure their stability, national unity and territorial integrity are safeguarded.”

The Sovereign also reiterated Morocco’s readiness “to combine efforts at the bilateral level – especially with the sister nation Algeria, in the framework of the current dynamic process – as well as at the regional level to fulfill the aspirations of current and future generations.  Indeed, our peoples yearn for a new Maghreb order that transcends insularity and pointless disputes, and paves the way for dialogue, consultation, solidarity and the pursuit of development; an order in which the five countries of the Maghreb would be the driving force of Arab unity as well as a key player in the promotion of Euro-Mediterranean cooperation, stability and security in the Sahel and Sahara region, as well as African integration.”