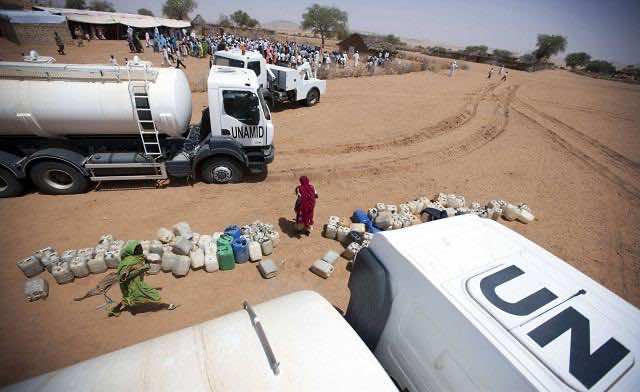 Secretary-General Ban Ki-moon condemned yesterday’s attack on a United Nations-African Union patrol in Sudan’s Darfur region that led to the death of one peacekeeper and the wounding of two others.

The attack on the joint UN-AU peacekeeping force (UNAMID) took place near Nyala, the capital of South Darfur. It comes less than one month after three peacekeepers were killed in an ambush in North Darfur.

Mr. Ban, in a statement issued by his spokesperson, extended his heartfelt sympathy and condolences to the families of the three soldiers and their colleagues in Darfur.

“He expects the Government of Sudan will swiftly bring those responsible for this reprehensible act to justice,” said the statement.

Over 30 UNAMID personnel have died as a result of hostile actions since the mission took over from an earlier AU peace force at the start of 2008, and many humanitarian workers have also been targeted in attacks by bandits or armed groups.

Darfur has been wracked with conflict since 2003, pitting Government forces and allied militiamen against rebel groups. Millions of civilians have been either internally displaced or forced to seek refuge in neighboring countries.