New York - This past Sunday, Moroccans celebrated the 36th anniversary of the Green March, which took place on November 6, 1975 and saw the participation of 350,000 Moroccans from all walks of life, who marched into the Western Sahara to free the territory from Spanish rule. 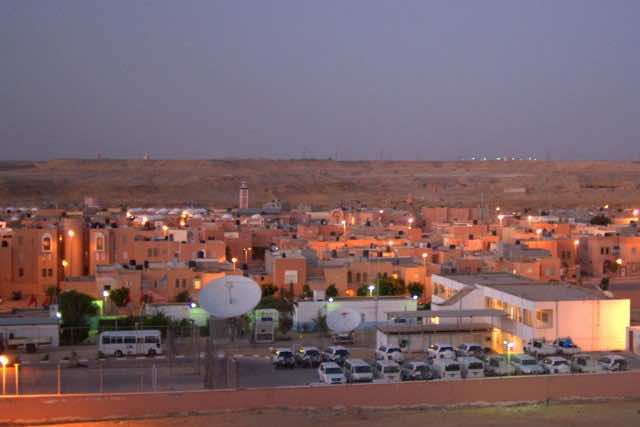 New York – This past Sunday, Moroccans celebrated the 36th anniversary of the Green March, which took place on November 6, 1975 and saw the participation of 350,000 Moroccans from all walks of life, who marched into the Western Sahara to free the territory from Spanish rule.

This year’s anniversary comes against the backdrop of landmark geopolitical changes in the Arab world, especially in North Africa, after the demise of Muammar Gaddafi. The celebration comes also at a time when the Polisario Front is viewed with increasingly more suspicion and its legitimacy and its appeal to international public opinion have been declining.

This is all the more so, since Polisario militias are believed to have participated with Gaddafi in suppressing the Libyan revolution, in addition to the implication of Polisario elements in terrorist and criminal activities.

The suspicions that have been hovering for years about Polisario’s links with the Al Qaeda in the Islamic Maghreb (AQIM), and the threat that this poses to security in the region and beyond, were most recently substantiated last month after the kidnapping of three European humanitarian workers from Tindouf, reportedly with the complicity of the Polisario.

Yet when you ask these people to go more in depth into the history of the territory, they seem uninformed about the broader historical context of the Western Sahara. They often give inconsistent or inaccurate answers. This shows that these advocates for the right of people to “self-determination” are defending a “cause” whose historical background they ignore.

According to the dictionary, “annexation means the formal act of acquiring something (especially territory) by conquest or occupation”. If we stick to this definition, the statements made by Polisario advocates imply that Morocco has tried to take over and occupy the Western Sahara. But can we conceive of a country annexing a territory that was part of it for centuries?

These proponents of the Polisario seem mostly unaware of the historical ties that existed between the Saharawi population and Moroccan Sultans. They also seem to be unaware of the recent history of the Western Sahara, especially concerning the status of the territory during the early years of the decolonization process at the United Nations, when this disputed territory was regarded by the UN’s Fourth Committee as part of the territories that Spain had to return to Morocco.

After the independence of Morocco in 1956 and until 1975, Rabat laid claim to its sovereignty over the Western Sahara. Throughout this period, it brought forward the issue at the Decolonization Committee of the United Nations General Assembly.

At the height of the decolonization period, in 1957 Morocco first raised at the Trusteeship Council of the United Nations- which was set-up to promote the self-determination of colonized peoples after World War II- the question of Spain’s occupation of Morocco’s southern provinces, including Sidi Ifni and the Western Sahara.

On December 14, 1960, the United Nations General Assembly adopted Resolution 1514 on the non-self-governing territories, which called on Spain to take the steps necessary to end its presence in the south of Morocco.

In 1961, Morocco took advantage of the admission of Mauritania as a full-fledged member of the United Nations, to further raise the question of the occupation of the southern territory by Spain.

During this period when the General Assembly was urging Spain to abide by the provisions of Resolution 1514 and end its presence in southern Morocco, in no moment was the solution envisaged by the UN body to dissociate the question of the Western Sahara from the question of Sidi Ifni or to hold a referendum of self-determination to determine the fate of the territory.

Accordingly, up until June 1966, all the resolutions related to the territorial dispute between Morocco and Spain included Sidi Ifni and the Western Sahara in the same package.

In that year, however, a miscalculated step by Moroccan diplomacy would cause the United Nations to conceive of a solution for the Western Sahara issue only from the perspective of holding a referendum for self-determination. It was a mistake for which Morocco would pay dearly in the decades to come.