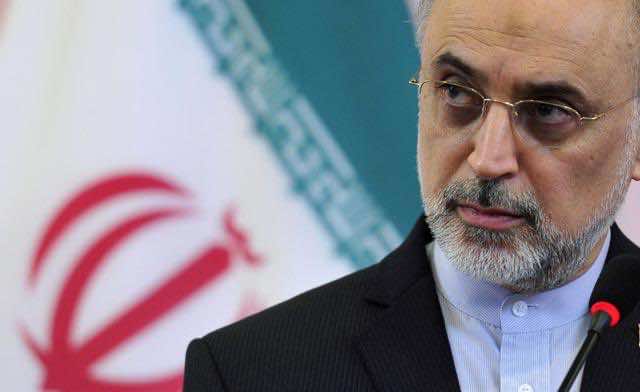 Iran said on Tuesday that the West had no serious proof it was developing nuclear weapons, ahead of a report by the U.N. atomic watchdog that is expected to provide new evidence against Tehran.

“There is no serious proof that Iranis going to create a nuclear warhead,” Foreign Minister Ali Akbar Salehi said, responding to a question about the IAEA report during a visit to neighboring Armenia.

“The West and the United States are exerting pressure onIranwithout serious arguments and proof,” he said.

Diplomats have said that the report expected this week will focus on the Islamic republic’s alleged efforts to put fissile material in a warhead and on developing missiles.

Previous IAEA assessments have centered on Iran’s efforts to produce fissile material — uranium and plutonium — which can be put to peaceful uses such as power generation or be used to make a nuclear bomb.

The intelligence update, expected to be circulated on Tuesday or Wednesday, will likely focus on Iran’s alleged efforts towards putting radioactive material in a warhead and developing missiles for delivery.

Iran’s President Mahmoud Ahmedinejad on Monday accused Israel and the United States of seeking world support for a military strike, describing this as a “very serious mistake”.

Salehi repeated Tehran’s position that its nuclear program was for peaceful purposes only.

“We have repeatedly stated that we are not going to create nuclear weapons,” he said.

But the White House said Monday that it expected the U.N. nuclear watchdog to echo its concerns, and as is customary refused to rule out the use of military force.

Iran has so far refused to freeze its uranium enrichment activities despite several U.N. sets of sanctions.

China and Russia– key allies of the Islamic republic – had been urging the U.N. atomic agency to soften or even not issue the eagerly awaited report, diplomats told AFP last month.

But Chinese foreign ministry spokesman Hong Lei told reporters on Tuesday that Tehran should “show flexibility and sincerity and engage in serious cooperation with the agency” while urging the IAEA to be “just and objective”.

The IAEA report has been raised as a potential trigger for an Israeli attack on Iran’s nuclear facilities.

But Defense Minister Ehud Barak played down speculation that Israel intended to strike Iranian nuclear facilities, saying it had not decided to embark on any military operation.

“War is not a picnic. We want a picnic. We don’t want a war,” Barak told Israel Radio ahead of the release this week of an International Atomic Energy Agency (IAEA) report on Iran’s nuclear activity.

“(Israel) had not yet decided to embark on any operation,” he said, dismissing Israeli media speculation that he and Prime Minister Benjamin Netanyahu had chosen that option.