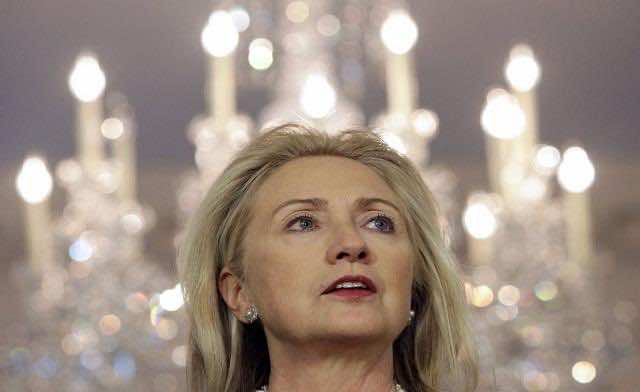 Secretary of State Hillary Clinton on Monday heralded the movements of Arab Spring and said the United States was prepared to work with rising Islamist groups in the region, such as those who enjoyed a recent election victory in Tunisia.

The United States shares “their desire to see a Tunisian democracy emerge,” she told an audience National Democratic Institute inWashington, in an address that emphasized: “not all Islamists are alike.”

What parties call themselves, she added, “is less important to us than what they actually do.”

To govern, Clinton said, the party must “persuade secular parties to work with them… Americawill work with them, too,” and noted that the group’s leaders have “have promised to embrace freedom of religion and full rights for women.”

The top U.S. diplomat listed key criteria any party must meet in a democracy, including the rejection of violence, adherence to the rule of law, and respect for the rights of women and minorities, and an acceptance of electoral defeats.

“The suggestion that faithful Muslims cannot thrive in a democracy is insulting, dangerous, and wrong,” she said.

Washington, embracing transitions of the Arab Spring where long-time strongmen fell across the region this year, rejects “the false choice between progress and stability,” she added.

“Dictators told their people they had to accept the autocrats they knew to avoid the extremists they feared.

“Too often,” Clinton admitted, “we accepted that narrative ourselves,” and said the United States pushed for reform “but often not hard enough, or publicly enough.”

After the turbulent events in recent months, “we recognize that the real choice is between reform and unrest,” she said.