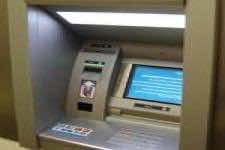 A Moroccan company has won the bid to create an electronic payment system for three banks which joined together their electronic banking systems in 2009.
Premier Switch Solutions SC, a consortium of Awash International (AIB), Nib International (NIB), and United banks will use S2M, a company based in Morocco to create a system that will allow  customers of any of the three banks to use their banks cards to withdraw money; from an ATM of any of the Premier Switch members.
This is part of the integrated electronic banking system the banks undertook when they signed a memorandum of understanding (MoU), in February 2009.
It is the first time that banks have joined to develop an integrated card payment system and it may well give them a competitive edge over other banks.
According to Berhanu Getaneh, president of the United Bank and board chair of the share company, 14 international based bidders participated in the consortium bid process.
He said, it has taken a year to move the company to where it is now and if everything goes according to plan, the company will start giving service to its customers within the coming nine months, and debit card service will be introduced within six months.
The company’s board chair said, the structure of switch solutionsis made in a way that it would allow other stakeholders to join in.
When the project is finalised the share company will provide debit and credit card services in addition to POS, mobile banking, e-commerce and call centre services. The company based at the head quarters of Awash Bank and insurance was established with 30 million birr capital. Bank officials said that currently its capital has grown to 165 million birr. The bank and share company officials have been reluctant to disclose the cost of the project saying their deal mandates it remains confidential.
S2M, pioneer of the very first credit card applications in Morocco in 1983, profiled itself during the last twenty years as one of the leading players in developing and implementing payment solutions over 40 countries in Asia, Africa, North America and Middle East.
‘S2M proposes the most complete and reliable offer in the market including software development, smart card solutions, vertical solutions for petrol stations, hotels, salary cards and also stands for a broad range of complementary services,’ say the promoters.
S2M has established an impressive international notoriety and references in about twenty countries. More than 120 private and public banks rely on S2M solutions. The company is certified by the international payment schemes VISA and MasterCard.
Similarly, in June 2011 members of the Ethiopian Bankers Association have formed a share company, Etswitch, to help banks establish an integrated electronic banking system. The company will support the recently introduced Ethiopia Automated Transfer System (EATS) that aims at modernizing the country’s financial system.
The company will provide a centralized network that will connect all banks with the Central Bank’s automatic clearing house (ACH). The central bank then will be able to manage every bank’s automated teller machines (ATM).
At the end of the previous fiscal year, Ethiopia launched a modern banking system in an attempt to make electronic banking easier and reduce the use of cash. 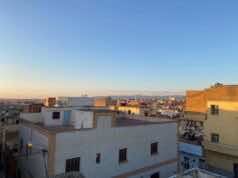