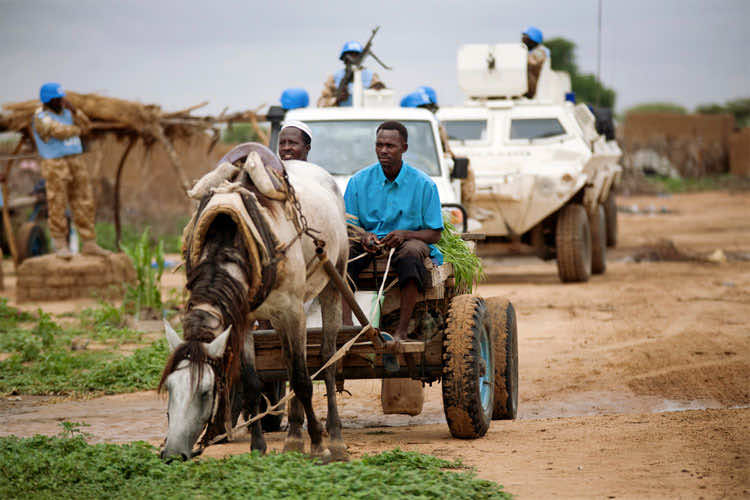 The Security Council yesterday stressed the need to end impunity for those who attack peacekeepers, after one soldier serving with the joint United Nations-African Union mission in Darfur was killed and two others injured on Sunday in the latest incident in the Sudanese region.

“The members of the Security Council condemned in the strongest terms the attack on a UNAMID patrol in Darfur,” the 15-member body stated, referring to the peacekeeping mission by its acronym.

“They called on the Government of Sudan to bring the perpetrators to justice, and stressed that there must be an end to impunity for those who attack peacekeepers,” added a statement issued to the press by Ambassador José Filipe Moraes Cabral of Portugal, which holds the Council’s rotating presidency for this month.

Sunday’s attack, which was also condemned by Secretary-General Ban Ki-moon, took place near Nyala, the capital of South Darfur. It comes less than one month after three peacekeepers were killed in an ambush in North Darfur and is the latest in a series of hostile actions directed at UNAMID personnel, as well as aid workers.

UNAMID peacekeepers conducted a search of the area after the attack and apprehended a suspect who was handed over to the Sudanese police, the mission stated in a news release.

The Joint Special Representative for Darfur, Ibrahim Gambari, strongly condemned the attack, which brings to 34 the number of UNAMID personnel killed in hostile action since the mission was deployed nearly four years ago.

“I am deeply distressed by and in the strongest terms denounce all violence on our peacekeepers, who work relentlessly to bring security and protection to the people of Darfur,” said Mr. Gambari, who is also head of UNAMID.

He pointed out that any attack on international peacekeepers is a war crime, and called on the Sudanese authorities to start a full investigation and bring the perpetrators to justice as soon as possible.