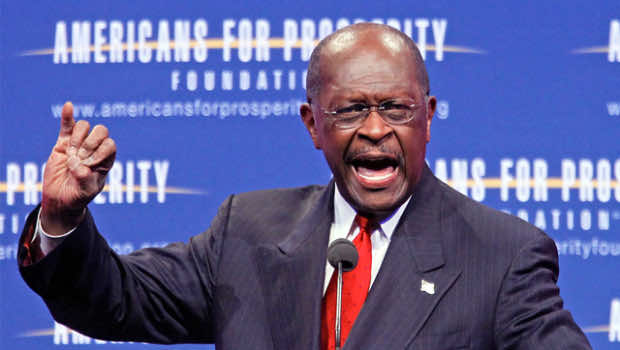 US Republican presidential hopeful Herman Cain was set to hold a news conference Tuesday to address the latest accusations of sexual harassment against him. He said on Monday that there was “not an ounce of truth in all of the accusations.”

– Republican U.S. presidential candidate Herman Cain will hold a new conference on Tuesday to confront the latest sexual harassment allegations that are threatening to derail his campaign.

“We’re going to have a press conference. We are taking this head on,” Cain said during an appearance on ABC’s “Jimmy Kimmel Live” show taped on Monday evening.

“There is not an ounce of truth in all of the accusations and my team is putting this stuff together. That’s why I’m willing to do a press conference tomorrow, to set the record straight,” Cain said.

Cain, 65, a former pizza company executive, has led many opinion polls in the race to be the Republican nominee to face President Barack Obama, a Democrat, in next year’s election.

He had said he was done answering questions about sexual harassment allegations against him after reports emerged that that two other women lodged formal complaints against him when he headed the National Restaurant Association.

But Cain told Kimmel that he had been referring to the earlier allegations—which he had quickly denied—not the latest “firestorm” to hit his campaign.

On Monday, Sharon Bialek, who identified herself as a registered Republican and single mother from Chicago, accused Cain of making an unwanted advance after dinner in Washington when she asked for help finding a job after she was laid off by the restaurant association.

Bialek, appearing before a phalanx of television cameras, was accompanied by celebrity lawyer Gloria Allred.

“We’re going to talk about this new firestorm that we discovered today,” Cain said.

“I will talk about any and all future firestorms, because here’s one thing people don’t know about Herman Cain: I’m in it to win it and I’m not going to be discouraged by any of this stuff,” he added.

In a statement announcing the news conference, the Cain campaign raised questions about Bialek’s credibility and said it was “noteworthy” that she had appeared with Allred.

“After attacking Herman Cain through anonymous accusers for a week, his opponents have now convinced a woman with a long history of severe financial difficulties, including personal bankruptcy, to falsely accuse the Republican front-runner of events occurring over a decade ago for which there is no record, nor even a complaint filed,” the statement said.

A majority of Republican voters, and nearly six in 10 Republican supporters of the conservative Tea Party movement, say they are not concerned about the allegations against Cain, according to an NBC News/Wall Street Journal poll released on Monday.