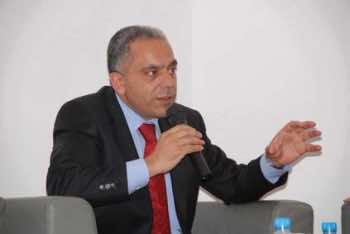 Though Morocco has made strides to achieve its long-term economic goals, there is still a long way to go.

Morocco needs to diversify its export market to attain its strategic development goals, according to the government.

“It is a difficult market, due in particular to the Chinese presence,” Economy and Finance Minister Salaheddine Mezouar said. “But it’s still possible to achieve good performance there.”

Morocco’s export portfolio is still largely dominated by phosphates and derivative products, economist Ali Jadouani explained, while the value of imports is increasing due to rocketing prices for energy and food products. This has widened the trade gap.

Foreign Trade Minister Abdellatif Maazouz struck a similar note. He stressed the need for development in the sector, and identified West Africa and Central Africa as potential markets for Moroccan exports. As of August 2011, 63% of Moroccan exports went to Europe, compared to 75% in 2007.

In 2009, the government launched the Morocco Export Plus strategy. The programme is a decade-long plan to triple the volume of Moroccan exports. Steps in the process include balancing trade by 2014, doubling the value of exports by 2015 and trebling it by 2018, particularly by developing exports using sector-based strategies.

Maazouz said that despite some missed targets, efforts made over recent years have started to bear fruit. According to the foreign trade ministry, the contribution of exports to the national economy reached 3.4% in 2010 for the first time in many years.

The minister expressed his satisfaction at a press briefing in Rabat on October 11th.

Chairman of the General Confederation of Moroccan Businesses (CGEM) Mohamed Horani said that Morocco has good potential, but the lack of diversity in products being exported and the low number of exporters are weaknesses that must be overcome.

He said that just a hundred or so businesses provide 80% of exports. “This needs to be widened. Among other things, this can be achieved through training and the development of relationships between business and universities to promote the entrepreneurial spirit. The aim is to produce young people with the skills to set up and manage businesses in the export field.”