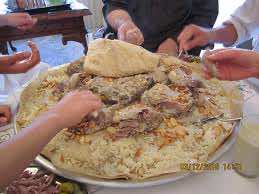 More than 1,300 people needed treatment at a Qatari hospital after suffering from stomach upsets caused by excessive eating on the first two days of Eid Al Adha.

More than 1,300 people needed treatment at a Qatari hospital after suffering from stomach upsets caused by excessive eating on the first two days of Eid Al Adha, the feast of the Sacrifice.

Qatari media said that the emergency unit of Hamad Medical Corporation (HMC) on Sunday, the first day of Eid, treated more than 550 patients with most of them complaining of severe stomach upsets, including colitis and diarrhoea.

The turnout of patients at the emergency unit on Monday was a record 767 between 6am and 6pm, and again, most of the cases involved stomach and related ailments, some of them being quite severe, Qatari daily The Peninsula reported on Tuesday.

Doctors said the excessive eating of fat mutton and the tendency to eat fast cause indigestion and stomach upsets.

People began pouring into the emergency unit from early Sunday afternoon with most of them complaining of stomach ailments and their number rose significantly on Monday.

On Sunday, the cardiac care division at the emergency unit treated seven cases until 6pm and one of the patients died, the daily said.

On Monday, the number of cases involving heart problems increased and 31 patients complained of chest pain but none of them died.