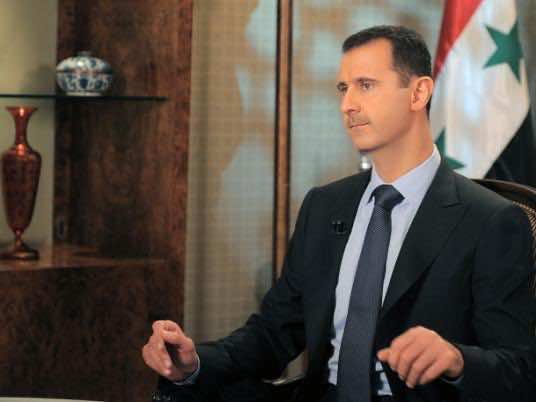 More than 3 500 people have been killed in Syria’s crackdown on protesters, the United Nations said on Tuesday, as the military pressed its campaign to put down resistance in the city of Homs against President Bashar al-Assad’s rule.

Despite an agreement to end the assault against what the government says are “armed gangs”, the United Nations (UN) and activists said troops and militiamen loyal to al-Assad had extended their control over Homs after six days of bombardment.

“The brutal government crackdown on dissent in Syria has so far claimed the lives of more than 3 500 Syrians,” UN Human Rights Office spokesperson Ravina Shamdasani told reporters in Geneva.

“Since Syria signed the peace plan sponsored by the League of Arab States last week, more than 60 people are reported to have been killed by military and security forces, including at least 19 on the Sunday that marked Eid ul-Adha.”

Syria agreed to the Arab League plan on November 2, pledging to pull its military from restive cities, set political prisoners free and start talks with the opposition, which wants to remove al-Assad and introduce more democratic freedoms.

Syria’s representative to the Arab League, said Damascus had “gone a long away” toward implementing the plan, pointing to the release of around 500 detainees under a conditional amnesty announced last week.

But Arab and Western powers are getting increasingly frustrated with Syria’s failure to stem the crackdown. Qatar’s prime minister has called for Arab states to meet on Saturday to discuss it, while France’s foreign minister said Syria was witnessing “a new round of repression”.

Looting
Residents in Homs, Syria’s third largest city which has been at the forefront of seven months of protests against al-Assad’s rule, said troops had entered a residential district on Monday and were consolidating their control.

The Syrian Observatory for Human Rights said troops raiding houses in the city and firing on residential districts killed four civilians on Tuesday, among them a women and a girl.

“I sneaked in to see my father today, who was hit by shrapnel. The number of troops and shabbiha [militia] in Bab Amro [district] is now in the thousands and the looting is rampant,” a resident who gave his name as Sami said by phone.

He said he saw militiamen and soldiers in one neighbourhood carrying refrigerators, televisions and computer screens and putting them in jeeps and pick-up trucks. A school was turned into a detention centre where scores of youths were laid out in the courtyard with their hands tied behind their backs, he said.

Events in Syria are difficult to verify independently because the government has barred most foreign journalists.

Six civilians, including two women and an eight-year-old, were killed on Monday in the city and its rural environs, activists said. They also said that 150 soldiers had defected in the last 24 hours.

The Observatory, headed by exiled dissident Rami Abdelrahman, said fighting broke out in the city of Hama, 45km north of Homs, between loyalist forces and army defectors.

It said eight soldiers and security police were killed in an ambush in the north-west province of Idlib, and four civilians were killed during raids by loyalist forces and from firing by troops manning roadblocks.

Spike in killing
The UN death toll marks an increase of some 500 since October 14 when the United Nations put the death toll at more than 3 000. Shamdasani said the UN estimate was relatively conservative and below others.

Syrian activists put the number of civilians killed in the conflict as high as 4 200.

In August, UN High Commissioner for Human Rights Navi Pillay called on the UN Security Council to refer the situation in Syria to the International Criminal Court.

“We stand by that call,” Shamdasani said.

Involvement of the ICC could lead to indictments of senior officials in the government, as happened in Libya when a popular revolt overthrew the regime of Muammar Gaddafi.

However, the UN Security Council failed to pass a resolution to condemn the Syrian government after China and Russia vetoed a push by the United States, Britain and France.

Syria has not stuck to its promises, Shamdasani said.

“While the Syrian government announced the release of 553 detainees on Saturday on the occasion of Eid, tens of thousands remain in detention and dozens continue to be arbitrarily arrested everyday,” she said.

“According to information the UN human rights office has received, the neighbourhood has remained under siege for seven days, with residents deprived of food, water and medical supplies.”

Syria’s government has not allowed UN investigators into the country, so the figures are based on information from “credible sources on the ground” that could be corroborated, Shamdasani said.

“Despite repeated requests, the Syrian government has not been forthcoming in its cooperation,” she said.

‘Absolutely unacceptable’
Omar Idlibi, a member of the Local Coordination Committee activist’s organisation, told Reuters from Beirut: “They were fighting tanks with mostly rifles. The Syrian army siege has basically turned Homs into a disaster zone.”

Speaking after a meeting with Yemeni Nobel peace laureate Tawakul Karman in Paris, French Foreign Minister Alain Juppe said the behaviour of the Syrian authorities was “absolutely unacceptable” and that it “could no longer be trusted”.

“Its acceptance of Arab League plan was followed in the immediate hours by a new round of repression and new massacres.”

Juppe said Syria was witnessing “a new round of repression” after the Arab initiative and France was working to raise international pressure on Damascus and strengthening ties with the Syrian opposition.

Syrian authorities have not commented on the offensive on Homs but have repeatedly said that “terrorists” were operating in the city, killing civilians and police, and that local inhabitants wanted them “cleansed”.

They say Islamist militants and foreign-backed armed gangs have killed 1 100 members of the security forces during seven months of unrest.