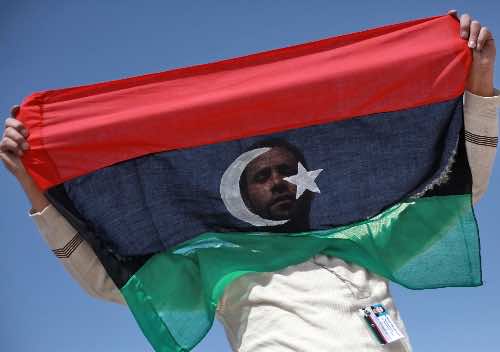 Border guards loyal to Libya’s new rulers were waving travelers through the Ras Jdir crossing from Tunisia into Libya one day last month, until a man approached their checkpoint and handed them his Algerian passport.

“Go back to where you came from,” the border guard told the owner of the passport, in an exchange witnessed by a Reuters journalist. “I do not need to waste my time talking to Algerians.”

This kind of incident has become commonplace ever since power in Libya was taken by a new government which says it believes neighboring Algeria was on the side of former Libyan leader Muammar Gaddafi in the revolt against his rule.

Western diplomats and analysts say there is no hard evidence to show the Algerian government was supporting Gaddafi. Algeria denies it too, saying it stuck to a position of strict neutrality and complied with United Nations sanctions.

Nevertheless, the perception of Algeria as a country that would have preferred Gaddafi to win the conflict has stuck in the minds of many Libyans and some people in Western capitals.

That has harmed Algeria’s ties with Libya – a relationship which matters to the outside world because the neighbors need to work together to prevent the vast quantities of weapons and explosives in Libya ending up in the hands of al Qaeda.

It has also hurt the international standing of Algeria, a country which has spent the last 10 years shedding the label of outcast attached to it over its past human rights record.

“Algeria will have to consider the damage to its own image internationally by being seen to be pro-Gaddafi, even if we do not believe that is the case,” said a Western diplomat.

But the damage will be limited. With its oil and gas reserves and its proudly nationalistic outlook, Algeria is well insulated from international criticism.

Algeria’s relationship with Libya has, in the past eight months, been sucked into a spiral of accusation and counter-accusations from which it will struggle to recover.

It began with allegations of secret Algerian flights delivering arms to Gaddafi – denied by Algeria’s government and dismissed by senior US and European officials.

Although one US legislator has asked Congress to investigate media reports that Algeria was instrumental in sending military aid to the former leader.

It was aggravated by Algeria voicing worries about hardline Islamists infiltrating the anti-Gaddafi rebellion, and of unsecured weapons falling into the hands of al Qaeda. Algeria’s reluctance to recognize the National Transitional Council (NTC) as Libya’s rightful government did not help.

The problems deepened with Algeria’s decision to give refuge to Muammar Gaddafi’s wife, daughter and two of his sons. Algiers said it was a humanitarian act; a senior Libyan official called it an “act of aggression”.

Assertions that Algeria gave any practical help to Gaddafi in his fight to retain power are unproven.

Algeria’s leaders had no personal affection for Gaddafi but they – like many other Arab leaders – were wary of backing Libya’s revolt because they feared to do so could encourage uprisings on their own territory.

But what is clear is that many Algerian decision-makers would rather the revolt had never begun, and once it had, were nervous about the direction it was taking.

The reason behind that thinking is Algeria’s long insurgency by Islamist militants which killed about 200,000 people and which is still not decisively stamped out.

Algeria’s government believes the revolt in Libya could be exploited by militants to acquire weapons and launch new attacks on its soil.

It is also uncomfortable that Islamists who share ideological ties to the militants it has been fighting are now in positions of power in Libya.

One such person is Abdel Hakim Belhadj. He spent time in Afghanistan and had indirect dealings with al Qaeda leader Osama bin Laden. He now renounces violence and is head of Tripoli’s military council, a body that comes under the NTC umbrella.

“It is very difficult to have a dialogue with someone like Belhadj, for example,” said Abdelhamid Si Afif, a member of the executive of Algeria’s ruling FLN party who also chairs the foreign affairs committee in parliament.

“He is known in Algeria for his acquaintances with Islamist extremists. Algeria has known terrorism.”

Algeria has not made a great effort to articulate that point of view. No government minister has given a detailed, public explanation of the policy on Libya since the revolt began.

That is part and parcel of the Algerian government’s outlook on the outside world, said Geoff Porter, founder of North Africa Risk Consulting.

“Algeria does indeed run the risk of isolating itself on the international stage, but Algeria has always been a fiercely independent country,” he said.

“It has never been a country that explains its policies, but instead expects that its actions will ultimately speak for themselves.”

Algeria’s government has acknowledged the need to fix its relationship with Libya’s new rulers.

Trade with Libya is tiny. But Algeria wants to be able to engage with the NTC to help catch Islamist militants it believes are a threat, and to stop weapons, such as shoulder-fired anti-aircraft missiles, being used on its territory.

Algerian Foreign Minister Mourad Medelci has had meetings with NTC representatives on neutral territory and has invited Libyan officials to Algiers for talks.

Yet Algeria appears less concerned about the broader international repercussions of its stance on Libya – mainly because it sees little direct impact.

As the world’s sixth biggest exporter of natural gas and owner of the 15th largest foreign exchange reserves, it does not depend on aid. Its socialist-style economic policy has little desire for foreign investment.

“We are not the kind of people who follow others’ lead,” said Si Afif, the senior member of the ruling party. “We are a sovereign country and we will say what is in the interests of the country,” he said.