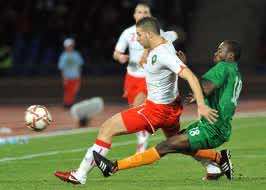 Moroccan midfield player of Queens Park Rangers Adel Taarabt is on the 10-man shortlist for the prestigious African Player of the Year, which was released on Wednesday by the Confederation of African Football (CAF).

The nominees were revealed by Kwesi Nyantakyi, CAF Executive Committee member and president of the Ghana Football Association.

A decision will be made on December 22 in Accra, Ghana.

Ten nominees were named based on the performance and contribution of the players to their clubs and national teams during the year under review.

The winner will be decided by votes from the Head Coaches or the Technical Directors of the National Associations affiliated to CAF.