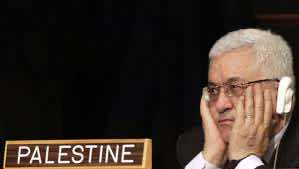 The Palestinian leadership is unsure how to advance its bid for UN membership as a state, with the Security Council set to confirm Friday it is deadlocked over the application, diplomats said.

Palestinian foreign minister Riyad al-Maliki said the leadership was waiting for the results of the Security Council’s membership committee meeting on Friday to decide on its next step.

The 15-member council is divided on whether to accept or reject the state of Palestine as a full member, according to a draft report of the committee which diplomats said would be approved on Friday.

Only six council members have firmly committed to supporting membership. The Palestinians cannot now hope to get the necessary nine votes in favor of membership, diplomats said. And the United States has threatened to veto the measure if they do.

So Palestinian president Mahmud Abbas must now decide whether to press for a full vote at the Security Council, and a diplomatic confrontation with Washington, or to try for super-observer status at the UN General Assembly.

“We are not going to contemplate any other option until we know for sure what will take place tomorrow,” Maliki told AFP.

“Only when we receive the final report and we listen to the position of the different members of the Security Council, only then we’ll decide what we will do.

“We are not contemplating any other option unless we determine that the Security Council is already closed and we are not saying that yet,” said the Palestinian official, who is on a visit to the United States.

France and some Arab nations are pressing Abbas to seek the General Assembly path as a first step to membership. The United States could not block the measure and it would be guaranteed of success in the 193-member body.

The Palestinians have sought UN membership, as well as acceptance by subsidiary agencies such as UNESCO, to highlight their growing frustration at the deadlock in peace negotiations with Israel meant to lead to the creation of a Palestinian state alongside the Jewish nation.

The United States, which can block any Security Council resolution as a permanent member, and Israel have insisted a Palestinian state can only be created out of direct Israel-Palestinian talks.