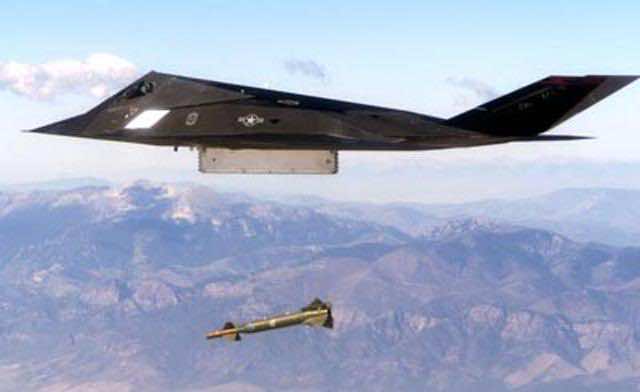 The U.S. government may soon announce plans for a large sale of precision-guided bombs to the United Arab Emirates, a source familiar with the arms sales plans said late on Thursday, as tensions mounted with Iran over its nuclear program.

The Pentagon is considering a significant sale of Joint Direct Attack Munitions made by Boeing Co, adding to other recent arms deals with the UAE. These include the sale of 500 Hellfire air-to-surface missiles about which U.S. lawmakers were notified in September.

The sale of Boeing-built “bunker-buster” bombs and other munitions to UAE, a key Gulf ally, is part of an ongoing U.S. effort to build a regional coalition to counter Iran.

No comment was immediately available from the Pentagon’s press office or the Defense Security Cooperation Agency, which oversees foreign arms sales.

Boeing has sold thousands of JDAM bombs to the United States and its allies in recent months as they have replenished their arsenal of the popular precision-guided bombs.

Boeing spokesman Garrett Kasper said the company was unable to discuss the proposed contract since it would involve a foreign military sale, something that would be discussed at a government-to-government level.

The proposed sale, first reported by the Wall Street Journal, would expand the existing capabilities of UAE’s air force to target buildings such as the bunkers and tunnels where Iran is believed to be developing nuclear or other weapons. The newspaper said Washington was eyeing the sale of 4,900 of the so-called smart bombs.

Tension over Iran’s nuclear program has increased since Tuesday when the International Atomic Energy Agency (IAEA) reported that Tehran appeared to have worked on designing a bomb and may still be conducting secret research to that end.

Speculation has heightened in the Israeli media that Israel may strike Iran’s nuclear sites and there is speculation in the Western press about a possible U.S. attack.

But U.S. Defense Secretary Leon Panetta on Thursday warned that military action against Iran could have “unintended consequences” in the region. Tehran had warned earlier that an attack against its nuclear sites would be met by “iron fists.”

Iran says its nuclear program is peaceful and that it is enriching uranium to run reactors for electricity generation.

The Obama administration is trying to build up the six members of the Gulf Cooperation Council, which includes Saudi Arabia, Bahrain, Oman, Qatar, UAE, and Kuwait, as a unified counterweight to Iran.

The U.S. government also approved the sale of a $7 billion terminal missile defense program to UAE that would be built by Lockheed Martin Corp.

Washington has also sought to build up missile-defense systems across the region, with the goal of building an integrated network to defend against short- and intermediate-range ballistic missiles from Iran.

The UAE has a fleet of advanced U.S.-made F-16 fighters, also built by Lockheed, that could carry the JDAMs.

Once the Pentagon formally notifies lawmakers about a proposed sale, they have 30 days to raise objections, although such action is rare since sales are carefully vetted with Congress before they are formally announced.

This sale will likely include other weapons systems, including military aircraft and other weapons, according to the source familiar with the plans.