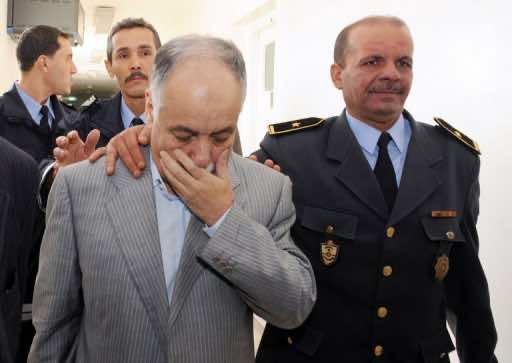 Libya’s former prime minister Baghdadi al-Mahmoudi has applied for UN political refugee status to try to prevent his extradition from Tunisia, one of his lawyers said Friday.

“If the HCR [the UN high commissioner for refugees] grants Mr Mahmoudi refugee status it will no longer be possible to extradite him,” said the lawyer, Taufik Wanas.

A Tunisian appeals court this week gave the nod for Mahmoudi’s extradition to Libya although rights groups have expressed concern for his safety if he is sent back.

“I am hopeful that the Tunisian people will not extradite a refugee,” said Mahmoudi, who appeared at a separate Tunis court on Friday in connection with a fresh extradition request submitted by the authorities in Tripoli.

This tribunal in the appeals court postponed any ruling on the new Libyan demand until November 26, the clerk of the court said. It also rejected requests for Mahmoudi’s release made by his team of lawyers.

“This is a shame because Mr Mahmoudi could have remained at the disposal of the Tunisian judiciary without being in prison,” Wanas said.

His lawyers also said they would seek help with Mahmoudi’s case from the Geneva-based UN committee against torture.

Mahmoudi, 70, was prime minister until the final days of the regime of Libyan strongman Muammar Gaddafi, who was shot dead after his capture by National Transitional Council fighters last month.

Mahmoudi was arrested on September 21 on Tunisia’s southwestern border with Algeria and jailed for illegal entry. He is being held in a prison near Tunis and failed on Wednesday in a court bid to secure his release.

“First of all we will ensure a secure place for him, then we will guarantee a fair trial, despite the acts he has perpetrated against the Libyan people,” Abdel Jalil, chairperson of Libya’s National Transitional Council, told AFP.

The new extradition request against Mahmudi concerns charges of inciting rape in the town of Zuwarah in northwest Libya, according to another of his lawyers, Mabrouk Kourchid.

Kourchid also said he had formally asked Tunisia’s interim president Fouad Mebazaa not to sign and validate the extradition agreed to on Tuesday.

Kourchid has said that his client fears for his life as the sole holder of Libyan state secrets since the death of Gaddafi.

During the extradition hearing this week, dozens of Libyans rallied outside the building demanding the man they called the “third tyrant of Libya” – after Gaddafi and his son Saif al-Islam – be sent back to face justice.

Tunisia in August recognised the NTC as Libya’s new authority and has committed itself to cooperation on security issues.