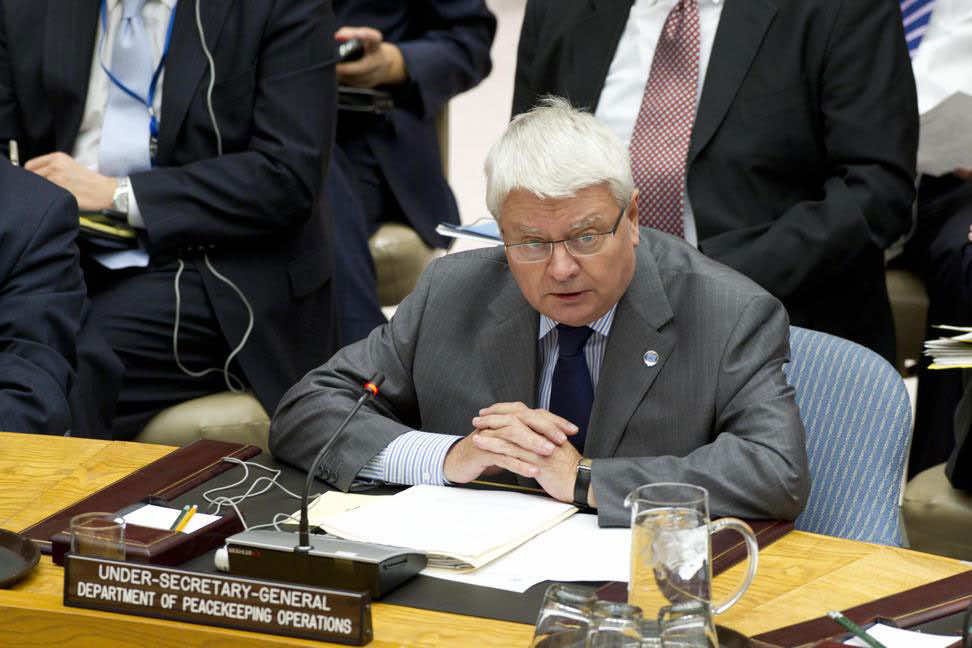 According to Hilde Johnson, the head of UNMISS and the Secretary-General’s Special Representative to South Sudan, two bombs fell inside the camp and three outside of it. The camp, located in the country’s Unity state, shelters over 20,000 people who have fled increasing violence in the Sudanese states of Southern Kordofan and Blue Nile.

Mr. Ladsous said no casualties had been reported so far, adding that this could change as the mission is still verifying the situation in surrounding communities.

“It is absolutely imperative that both governments take the necessary steps to de-escalate the situation, ensure that civilian lives are protected, and resume peaceful dialogue,” Mr. Ladsous said.

He also said his Government fully respected the sovereignty and territorial integrity of its southern neighbour, while adding that Sudan has the right to fight all rebels that try to cause instability in its territory.

Meanwhile, the Office of the UN High Commissioner for Human Rights (OHCHR) condemned the bombings and urged an investigation, stressing that the attack could amount to an international crime.

“There needs to be an independent, thorough and credible investigation to establish the precise circumstances of this aerial bombing,” said High Commissioner Navi Pillay. “If indeed it is established that an international crime or serious human rights violation has been committed, then those responsible should be brought to justice,” she said.

Ms. Pillay said the incident risks aggravating what is already an extremely tense and dangerous situation, and she urged the parties involved in the fighting to immediately cease all attacks on civilians.

UN High Commissioner for Refugees (UNHCR) spokesperson Adrian Edwards said the agency had been preparing new refugee sites away from the border when the incident occurred.

“We had hoped to begin the relocation of refugees but our efforts have so far been hampered by heavy rains which have made the road to the camp impassable,” he said during a press briefing in Geneva.

A spokesperson for Secretary-General Ban Ki-moon also voiced concern, calling on both parties to “take all steps to protect civilian lives.”

Increasing tensions in the border areas between Sudan and South Sudan have driven thousands of civilians to flee their homes since June, and various refugee sites have been established in South Sudan and Ethiopia to provide shelter, food and basic services to those affected by the violence.

In her remarks to the Security Council, Ms. Johnson also expressed concern over other areas in the country which she said have been bombed recently by the Sudan’s People Liberation Army (SPLA), including New Guffa and Yafta in Maban County, which caused the deaths of one child and seven SPLA soldiers.

Ms. Johnson said the bombings have prompted many people to move from Guffa to Bunji, the county capital, and said an increase in the number of internally displaced persons (IDPs) is expected.

She also said fighting has been reported over the past couple of days in Upper Nile State, with UNMISS helping to evacuate the resulting casualties.