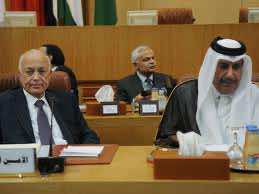 As many as 33 people have been killed by the fire of Syrian security forces and army troops on Friday, Al Arabiya reported citing Syrian activists.

Most of the victims were reported in the restive city of Homs as Human Rights Watch accused the regime of crimes against humanity.

The Arab League, meanwhile, held a ministerial meeting to discuss the Syria crisis which, according to the United Nations, has claimed more than 3,500 lives since protests against President Bashar al-Assad erupted in mid-March.

The deaths came amid mass anti-regime rallies demanding the Arab League suspend Syria’s membership in the pan-Arab body to sanction its brutal, eight-month crackdown on dissent.

Security forces broke up demonstrations in al-Malaab, a main thoroughfare in Homs, but rallies relocated and mushroomed, engulfing eight neighborhoods, including aAl-Bayada, al-Ghuta and Baba Amr, the Syrian Observatory for Human Rights said in a statement from Nicosia, according to AFP.

In the northwestern province of Idlib, near Turkey, demonstrations erupted after the weekly Muslim midday prayers.

The Observatory also reported “mass protests” in Idlib’s Sheikhun in the wake of a “retreat by security forces from government buildings following violent clashes.”

In Damascus, security forces deployed on the streets of Barzeh and posted snipers on rooftops, after a wave of arrests and deadly violence shook the capital’s neighborhood.

In the town of Busret al-Sham, in Deraa province, cradle of the revolt, “security forces shot dead one person,” the Observatory said.

Friday prayers have become a lightning rod for demonstrations in Syria, which each week adopt a new theme and this week called for the Arab League to suspend Syria’s membership.

The League, under international pressure to act after Syria failed to honor a peace plan and instead stepped up its brutal protest crackdown, held talks ahead of a meeting on Saturday to discuss the crisis.

Syria’s envoy to the Arab League, Yussef Ahmed, presented early Friday a memorandum in which Damascus expressed its willingness to receive a pan-Arab delegation.

“This will help assess Damascus’s commitment to the (Arab) plan and to unveil motives behind certain external and internal parties working for the failure of the Arab blueprint,” the official SANA news agency said.

Meanwhile, Human Rights Watch (HRW) in a report accused Syrian government forces of “crimes against humanity” based on the systematic nature of abuses against civilians.

It said protesters were unarmed in most clashes, but that defectors from the security forces had intervened when the demonstrators came under fire from regime troops and militiamen.

Based on the accounts of 110 victims and witnesses, HRW said “violations by the Syrian security forces killed at least 587 civilians” in the central city of Homs and its province between mid-April and the end of August.

In their latest assault on the flashpoint city, at least another 104 people have been killed since Nov. 2 when the regime agreed to the Arab League initiative to end the violence.

“The Arab League needs to tell President Assad that violating their agreement has consequences, and that it now supports Security Council action to end the carnage,” she said.

Under the Arab peace plan, Damascus would release those detained for protesting and withdraw military forces from towns and cities. It says it has already released more than 500.

Arab states remain widely divided over how to deal with Syria’s crackdown on protesters after the League’s peace deal failed to stem violence, and there is little likelihood a meeting on Saturday will bridge the gap.

Several countries oppose bringing serious pressure to bear on Assad and it looks unlikely that foreign ministers will freeze Syria’s membership at the Cairo meeting, officials due to attend say.

Saudi Arabia leads a group of Gulf states including Qatar, Oman and Bahrain that are ready to increase the pressure on Assad, an ally of their rival Iran, according to Reuters.

Diplomats say they are opposed by countries such as Yemen –in the grip if its own uprising; Lebanon — where Syria’s influence looms large; and Algeria, seen as more sympathetic to Assad and nervous about the message any intervention in Syria would send to its own frustrated population.

In Syria, Foreign Minister Walid al-Moualem said on Thursday authorities were adhering to the plan, under which Syria pledged to pull the military out of restive cities, set political prisoners free and start talks with the opposition.

If Arab states isolated Syria that would help Assad’s sternest critics in the West gain a broader consensus for tougher sanctions and, perhaps, some form of intervention.

The United States and European Union have imposed sanctions on Syria’s oil industry and several state businesses, forcing Damascus to curb oil production. The unrest has also prompted depositors to withdraw hundreds of millions of dollars from Syrian banks.

Industry sources said oil majors Royal Dutch Shell and Total have slashed production in Syria. “The ministry has instructed all of the joint ventures to cut production significantly,” said one oil industry source.

Syrian oil represents less than 1 percent of daily global production but accounts for a vital portion of Syrian government earnings, which have already been hit by the collapse of tourism revenues.

Elsewhere, a Lebanese man had a leg blown off on Friday after stepping on a mine planted hours earlier by Syrian troops along Lebanon’s northern border, local and hospital officials said, according to AFP.

“Imad Khaled Oweyshi was crossing the border from Syria back into Lebanon when he stepped on the mine,” a local official who requested anonymity told AFP.

He said another man accompanying Oweyshi was also lightly wounded by shrapnel from the mine.

It was unclear what the two men were doing in the area, which is widely used by smugglers and where the border is not clearly delineated.

Earlier Friday the official said that soldiers were seen planting mines on the Syrian side of the border village of Wadi Wawiyat, where the mine went off.

The village, which straddles the border, is about 30 kilometers (18 miles) west of another region were Syrian troops planted mines last month.

Lebanon’s eastern border with Syria has also been mined to prevent weapons smuggling and dissidents from fleeing a fierce crackdown by the regime in Damascus against an eight-month revolt.