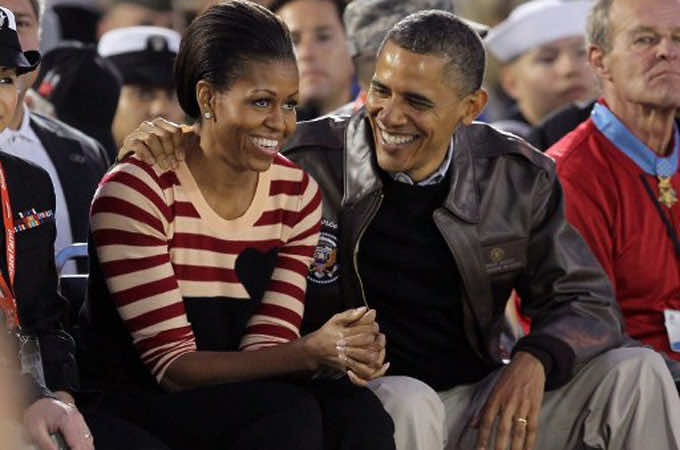 US president to meet leaders of Pacific Rim nations in Hawaii before commencing tour of economically crucial region.

Barack Obama has set off on a nine-day Pacific tour meant to highlight America’s economic profile in Asia and its deepening competition with China in the region.

The US president will host the Asia Pacific Economic Co-operation (APEC) forum in Hawaii on Saturday. After the conference, he will celebrate 60 years of security ties with Australia and make the first visit by a US president to the East Asia summit, set for Bali, Indonesia, next week.

As he welcomes Pacific Rim leaders toHawaiifor the group’s annual summit, he will seek to make progress towards a multilateral trade pact known as the Trans-Pacific Partnership, now involving 10 nations.

He will meet the leaders of China,Russia and Japan in Hawaii on Saturday, and is likely to press for tougher sanctions on Iran in light of new revelations on its nuclear programme.

A two-week interlude of foreign policy in Obama’s increasingly domestically focused administration offers a symbolic contrast between struggling Europe, where America has its historic roots, and Asia which may define its future.

It will also underscore the growing competition between the US, a Pacific power for more than half a century, and rising China.

Obama, who was born in Hawaii and spent boyhood years in Indonesia, has dubbed himself America’s first “Pacific president”.

He will seek to stress that America is at a pivot point, as it leaves Iraq this year and draws down in Afghanistan and seeks to concentrate more on East Asia, aides said.

Obama’s journey, which comes at a time when he is politically vulnerable at home, is being billed as an effort to ensure that the US remains a dominant player in Asia, a region that could dictate its economic future.

After APEC, Obama will head to Australia for an overnight stay in Canberra where he will meet Julia Gillard, the Australian prime minister, and address parliament.

Obama is also expected to say that the US will station troops in the northern Australian city of Darwin, which he will also visit.

The president will travel on November 18 to Bali, Indonesia, where he will become the first US president to take part in the East Asia Summit, comprised of the 10-member Association of Southeast Asian Nations, plus China, Australia, India, Japan, South Korea, New Zealand, Russia and the US.

The trip amounts to Obama’s most extensive travel of the year.