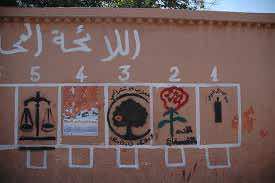 Morocco opened its campaign for November 25 legislative elections Saturday, with moderate Islamists seen as possible winners and fears of a low turnout in the country’s second vote this year.

In the last parliamentary elections in 2007 turnout was a mere 37 percent, a sign of Moroccans’ lack of interest in public affairs.

“Turnout – the great fear,” ran a headline in L’Economiste ahead of the start of the campaign. The newspaper said the issue was “key for the success of dynamic reforms”.

The election comes less than five months after a July 1 referendum on a new constitution which had been proposed by King Mohamed VI as regimes in neighbouring Arab countries were being swept away by public anger.

The amended constitution was to make the kingdom more democratic, strengthen parliament and the prime minister while leaving the outstanding role of the monarch untouched.

Under the new constitution the king will appoint the prime minister from among the party which garners the most votes.

Morocco’s February 20 reform movement of mainly youthful independent protesters, left-wing activists and Islamic fundamentalists has called for a boycott of the upcoming vote.

For the first time experts believe that the moderate Islamist Justice and Development party (PJD) — the main opposition party with currently 47 deputies — has a real chance of winning.

If so, its victory would match that of Tunisia’s long banned Ennahda party which won 90 seats in a 217-member constituent assembly last month, and before elections in Egypt where Islamists are also popular.

The PJD’s main rivals are eight parties grouped around the liberal National Rally of Independents (RNI) which seek to counter the Islamists’ influence.

Overall around 30 parties are vying for the 395 seats in parliament — 70 more than in 2007, all of which are reserved for women and younger deputies in a bid to give an assembly so far dominated by ranking public figures a more modern look.

Of 13 million Moroccans elegible for voting 57 percent are 35 or younger.

Their vote is therefore seen as decisive as the government has so far pretty much ignored demands to fight high unemployment, illiteracy, inequality and corruption in a country where poverty is pervasive.

Unemployment is staggering among people under 35, hitting 31.4 percent in the third quarter of 2011, according to official figures.

But experts say that unlike candidates’ promises there is no quick fix for the huge economic and social problems, leading the Al Ahdath Al Maghrebiya newspaper to warn of alleged “job programmes” that pretend to create hundreds of thousands of new jobs.