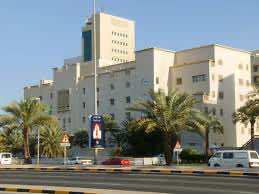 Bahrain said on Saturday a cell planning to “target” the Interior Ministry building, the Saudi embassy in the kingdom and a causeway linking the island state with neighboring Saudi Arabia had been broken and its members captured.

The state news agency BNA quoted an Interior Ministry spokesman as saying that four Bahraini members of the cell were captured by authorities in neighboring Qatar after they entered the Gulf Arab state by land from Saudi Arabia and found them to be in possession of documents and a computer that included details on vital installations.

The four members of the cell were detained in Qatar and turned over to Manama, while a fifth Bahraini was arrested inside the country, spokesman General Tareq al-Hasan said.

Hasan said the four arrested in Qatar had been traveling by car from Saudi Arabia. Authorities seized “documents and a computer containing information of a security nature (and) details on certain vital sites,” as well as dollars and Iranian riyals.

“They then confessed that they had left Bahrain illegally at the instigation of others and gone to Iran” to form an “organization to commit armed terrorist acts in Bahrain,” he added.

Sent back to Manama on November 4, they denounced a fifth accomplice, who was subsequently arrested, and the five have been turned over to the judicial authorities.

Earlier this year, Bahrain’s Sunni monarchy crushed pro-democracy protests, spearheaded by the majority Shiites, with the help of troops from other Gulf states, such as Saudi Arabia.