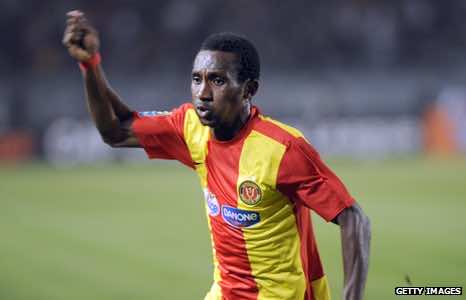 Ghana defender Harrison Afful scored midway through the first half to give Tunisian club Esperance a 1-0 victory over Moroccan visitors Wydad Casablanca Saturday and the African Champions League trophy.

Afful darted down the right flank, cut inside and unleased an unstoppable left-foot shot that flew past stand-in goalkeeper Yassine Bounou for the tie-clincher after a 0-0 first-leg draw in Casablanca last Sunday.

Esperance won the competition in 1994 when it was called the African Champions Cup and have finished runners-up three times since, most recently when humiliated 6-1 overall last year by TP Mazembe from the Democratic Republic of Congo.

The closeness of the decider was no surprise as Esperance and Wydad drew twice last August in the mini-league phase — 2-2 in Casablanca and 0-0 in Rades on the outskirts of the Tunisian capital.

Success boosted the Esperance bank balance by 1.5 million dollars and they have a chance to earn much more when competing at the FIFA Club World Cup in Japan during December with star-saturated European champions Barcelona possible opponents.

The match followed a predictable early course with the Tunisian Blood and Gold, bolstered by Cameroonians Yaya Banana and Ndjeng and Afful, pressing wihout any reward before a sell-out 55,000 crowd at the November 7 Stadium.

Afful was a constant menace coming forward and soon after breaking the deadlock he surged towards the penalty area again and set up midfielder and captain Oussama Darragi, who blazed wide from a good position.

Congo Brazzaville-born Wydad striker Fabrice Ondama should have equalised on 32 minutes when he found himself one-on-one with goalkeeper Moez Ben Cherifia, who became an instant crowd favourite by blocking the ball with a foot.

Ondama cut a lonely attacking figure during the second half while caution was the Esperance keyword as they sought to ditch the ‘chokers’ tag after those three final failures.
But there was no slip up this time as they comfortably contained the little Wydad threw at them. Tunisia can now look towards a possible double with Club Africain facing Moroccans Moghreb Fes in the two-leg African Confederation Cup final.
Source: CAF