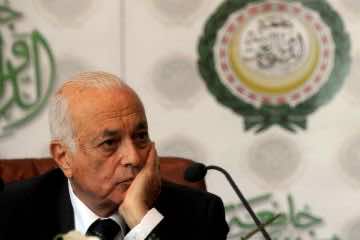 The Arab League council will hold, on November 16 in Rabat on the sidelines of the Arab-Turkish Forum, a Foreign Ministers’ meeting on the situation in Syria, announced Saturday Sheikh Hamad bin Jassim al-Thani, Qatar’s Prime Minister and Foreign Minister.

The announce was made by the Qatari official, whose country holds the incumbent Presidency of the Council, after an emergency meeting of Arab foreign ministers.

The Rabat meeting will be devoted to examining the measures taken by the Secretary General of the Arab League and the Syrian opposition to allow the cessation of violence in Syria, he said.

The Arab Ministers decided to suspend Syria’s membership to all meetings of the Arab League and its bodies, as the Arab plan to end the crisis in Syria has not been implemented.

The 22-nation council stressed on the need to ensure protection for the Syrian civilians and start contacts with the special Arab organizations.

The League appealed to member states to withdraw their ambassadors from Damascus and impose “economic and political sanctions on the Syrian government.