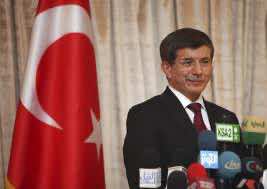 The 4th session of the Arab-Turkish Forum is due on 15-16 November in Rabat, Morocco’s Foreign Ministry a statement.

This session, which will be co-chaired by Moroccan Foreign Minister, Taib Fassi Fihri, and his Turkish peer Ahmet Davutoglu, as well as the Secretary General of the Arab League, Nabil Al Arabi, will be attended by Arab foreign ministers and representatives of the Arab League and Turkey, the source added.

“The Kingdom of Morocco wishes, during its presidency of that Forum, to highlight the need to take concrete steps as part of a three-year plan (2012-2015) under the strategy and action plan approved in December 2009 in Damascus, ” the statement said.

It added that this session will evaluate the level of cooperation between Arab countries and Turkey following the recent recommendations adopted at the third session held in 2010 in Istanbul, notably encouraging investment and promoting cooperation in the transport and tourism sectors.

Created in November 2007 in Istanbul, according to a framework agreement signed by former Turkish Foreign Minister and Secretary General of the Arab League, the Forum aims to cement cooperation between Arab countries and Turkey in the political and security, economic, cultural, educational and scientific, social areas as well as in the dialogue of civilizations.