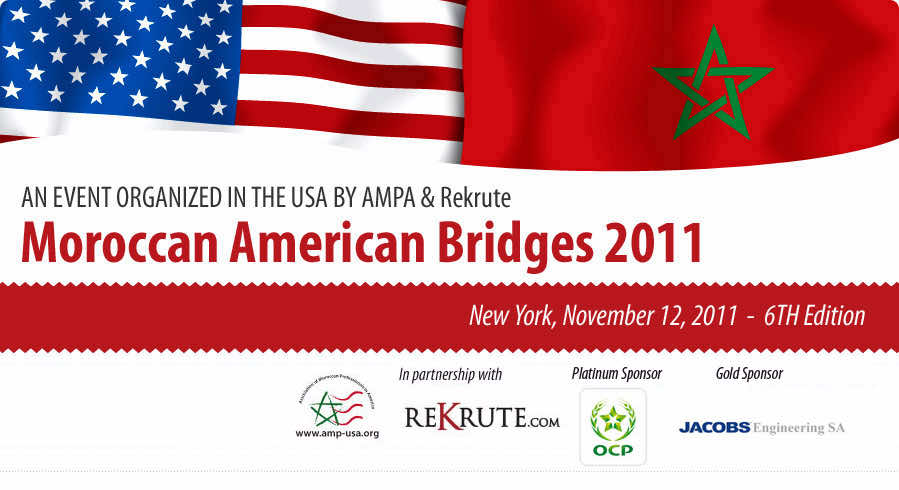 Investment opportunities and Moroccan-U.S. partnership, as well as Morocco’s positioning a regional “double hub” were showcased Saturday in New York, as part of the 2011 Association of Moroccan Professionals in America (AMPA).

Chris Wilken, official at U.S. Commerce department, highlighted the Morocco’s potentialities as a regional hub for trade exchanges, giving the example of Tanger Med port that gives all its clout during European growth recovery.

In this context, he underlined the remarkable resilience of Moroccan economy, mentioning that it achieves a 4.6% growth in 2011 and identified the major sectors, namely renewable energies, telecommunications, construction and tourism.

The meeting was an opportunity to review advantages of Morocco-U.S. free trade agreement, which is, however, “underused,” notably in the flows from Morocco to the United States.

Moroccan market surely gives opportunities that should be seized, as it is more and more “competitive,” noted Jean Abinader from the Moroccan-American Center.

The challenge is not only to find opportunities, but also local partners, in the United States and in Morocco, to work out the profitable business model for both parties, he added.