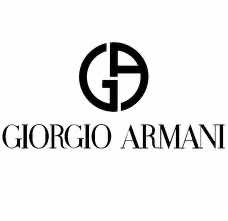 Development to continue on projects in Egypt and Morocco

Political turmoil across North Africa has not deterred Armani from plans to develop its high-end brand of hospitality in the region with Dubai’s Emaar Properties.

Armani is focusing on its plans to open resorts in Egypt and Morocco before expanding its joint venture with Emaar further.

Upheaval has forced developers to reassess plans throughout the region, while many projects have been shelved until there are signs of stability.

But work is continuing on an Armani villa project in Marassi, Egypt, which is part of a Dh6.39 billion (US$1.74bn) Emaar development, and an Armani resort in Marrakech, said Giorgio Armani, who formed the company in 1975.

“They’re already under development and will take something like two to three years,” Mr Armani said.

Armani Hotels and Resorts, the tie-up between the Dubai developer and the fashion designer, was established more than six years ago. A target was outlined at the time to open seven hotels and three resorts over 10 years, including properties in London and New York.

“Those projects are still in the pipeline, and they will come over time, but we decided to focus on other projects which were more advanced in their development,” Mr Armani said.

The resorts in Egypt and Morocco are being designed to reflect the local cultures, he said.

“These are two major and quite large resorts which we’ll build with respect for the natural environment and surrounding places,” he said.

Still, the fashion designer said that a “balanced, well-reasoned” approach to development was required following the Arab Spring.

The Marassi resort is part of a large project on the Mediterranean coast, which is designed to include a marina and a golf course.

Last week, Armani Hotels and Resorts opened its second hotel in Milan, Armani’s home city. The hotel, which has 95 rooms, is located in the fashion district, over an Armani store.

Its rates range from €500 (Dh2,525) in low season and €11,000 for the presidential suite. The first Armani hotel opened in the Burj Khalifa last year. Both hotels are owned by Emaar.

“Our other Emaar Hospitality projects are progressing and we will explore potential opportunities in the future,” said Mohamed Alabbar, the chairman of Emaar.

Mr Armani explained that his decision to move into hotels came about because he wanted to find a new challenge and focus for his creativity.

“There are different sectors that I have been working in,” he said. “I wanted to try something new. I tried to do something for home furnishings and from there I moved to hotels.”

However, there are fundamental differences between designing a hotel and designing clothes, he concedes. “The main challenge is to create something [timeless]. A hotel is of course very different from fashion, where you can have a new collection every six months.”

Analysts last week said that the Armani Hotel Milano was opening at a difficult time. However, there are expectations that it could fare well in the long term because of its location in Italy’s fashion capital.

“Luxury normally bounces back quicker than the other segments,” said Harjinder Singh, a hotel consultant at CB Richard Ellis, the property company.

Emaar also owns the Address brand and hotels in Dubai. Revenues from its hospitality division in the first nine months of the year reached more than Dh844 million, up from more than Dh670m during the same period last year.