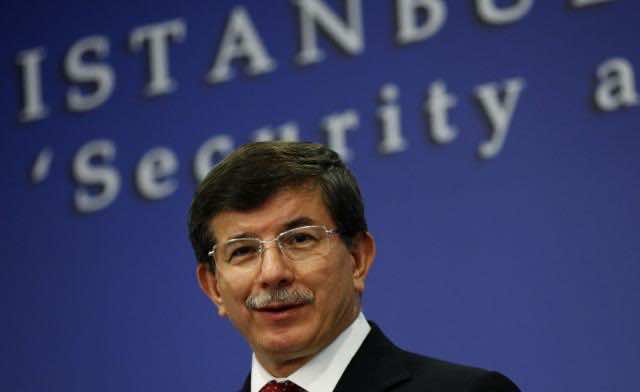 Turkish Foreign Minister Ahmet Davutoglu said that Turkey will take most resolute stance towards Syria after attacks on its diplomatic mission.

He said that Turkey will stand by the Syrian people’s rightful struggle and that the Syrian regime was not to be trusted any longer, according to Reuters.

A group of 1,000 Assad supporters attacked the Turkish embassy in Damascus on Saturday evening, throwing stones and bottles before Syrian police intervened to break up the protest,Turkey’s state-run Anatolian news agency said.

Turkey on Sunday called on the international community to act together in dealing with Syria and called on Syria to guarantee the safety of Turkish diplomats and prosecute those behind the embassy attacks. Ankaraalso warned its citizens against non-essential travel to Syria.

Syria’s opposition, meanwhile, has asked Turkey for permission to open a representative office in the country, a Turkish diplomat said Monday.

The Syrian National Council, the country’s largest and most representative opposition grouping, put the request to Turkey’s Foreign Minister Davutoglu during talks on Sunday, the diplomat said.

“Discussions and work will take place towards this end,” said the diplomat, without specifying whether Ankara had approved the request, according to AFP.

Davutoglu, who met previously with the council on Oct. 18, said Syria’s future “belonged to the Syrians and would be built by them,” added the diplomat, who declined to be named.

Turkey, a close ally of Syria before unrest swept the country earlier this year, has strongly condemned government repression of opposition protests, and Prime Minister Recep Tayyip Erdogan has said he has cut ties with the regime of President Assad.