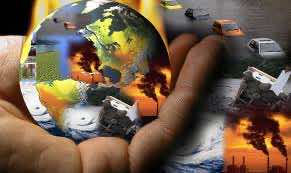 Representatives from 18 nations meet in Bangladesh to issue a declaration before next month’s UN conference in Durban.

The Climate Vulnerable Forum has convened in Bangladesh for countries worried about the threat of climate change.

Speaking at the opening of the forum in Dhaka on Monday, Ban Ki-moon, the UN secretary-general, urged world nations to consider ways to fund a $100bn green climate fund created last year to help at-risk countries cope with global warming.

“Governments must find ways – now – to mobilise resources up to the $100 billion per annum pledged,” Ban said. “An empty shell is not sufficient.”

Participating countries aim to create a unified statement just weeks ahead of UN-sponsored talks on the same subject in Durban, South Africa.

“Under the Dhaka agreement, they will commit to reducing their carbon emissions because for them, it’s a matter of survival,” said Al Jazeera’s Nicolas Haque, reporting from northeastern Bangladesh.

The 18 countries represented at the forum are rallying for climate justice for more than a collective 500 million people.

“Yet, their voices don’t carry very much political weight because they are from mostly poor countries,” our correspondent said.

Stefan Priesner, the UN’s country director in Bangladesh, told The Associated Press news agency that the countries were expected to issue a declaration seeking action by industrialised nations and urgent support to limit increasing loss of human life and other damages.

“The aim of this conference is to get the nations who are disproportionately affected by climate change, the most vulnerable nations, to come together and speak with one voice,” Mesbah ulAlam, Bangladesh’s environment secretary, said.

“Climate change is real and it is affecting us now – we live with floods, with climate refugees, with rising salinity in our coastal areas and with the impact of rising sea levels,” he told the AFP news agency.

Among the countries meeting in Dhaka are Afghanistan, Bhutan, Costa Rica, Ethiopia, the Maldives, Nepal and the Philippines.

“It’s extremely discouraging that even public opinion in major countries, and I think of North America in particular, does not seem to understand the importance of this issue,” Ross Mountain, the general director of the organisation that organised the Bangladesh forum, told Al Jazeera.

The officials have reportedly discussed ways of getting assistance in technology, capacity and finance to adapt and pursue low-carbon growth.

The Climate Vulnerable Forum was set up in 2009 under the chairmanship of the Maldives and was then passed to Kiribati in 2010.

In addition to pressuring rich nations to assist poorer countries, it aims to showcase some of the most innovative adaptation strategies already in place in vulnerable countries.

“The aim is to counter the pessimism surrounding climate talks now,” said Saleem Huq, a fellow at the International Institute for Environment and Development.

“We want to show that the poorest, most vulnerable countries are not being passive but proactive.”