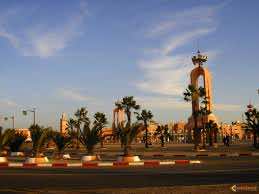 Sahrawi tribe of Izerguine in Laayoune (Morocco’s south) denied information reported by some online websites, which said the tribe will boycott Morocco’s general elections due on November 25.

The tribe’s Sheikhs, notables, elected representatives and youth reiterated, at a meeting held Sunday evening in Laayoune, their refuse of this “false and baseless” information, noting that these allegations are “in contradiction with the history of this tribe that has always participated in all national elections and demonstrated its patriotism in all occasions.”

In a statement read after the meeting, the tribe’s members voiced support to the ongoing democratic process, in a full harmony with the country’s highest interests reinforced by the new Constitution.

They recalled, in this regard, the historic relations and legitimate links that have attached them to Morocco’s Alaouite Kings and Sultans.

They also underlined that the tribe’s positions toward their country (Morocco) are not subjected to any kind of bargaining.