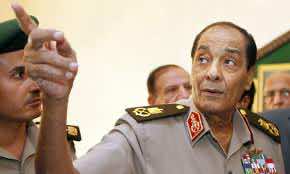 A Cairo court on Monday agreed to allow members of ousted president Hosni Mubarak’s party to run in upcoming polls, overturning a decision by a lower court last week.

The Higher Administrative Court ruled in favour of allowing members of Mubarak’s now-dissolved National Democratic Party to participate in the country’s November legislative polls, the first elections since the end of the strongman’s 30-year rule.

In April, an Egyptian court dissolved the NDP and ordered its funds and property to be handed to the government.

The then ruling party drew much of its loyalty from its function as a patronage machine. With around three million members, the NDP controlled parliament, municipalities and businesses.

The skeleton of its burned headquarters overlooking the Nile serves as a reminder of the people’s anger towards the party that came to symbolise corruption and power.

Dozens of high-profile party members, including former ministers, are currently in jail on corruption charges, but several thousand are believed to be planning to run for public office again.

Several members have formed new parties or joined existing parties and plan to contest the November elections, while remnants of the old regime have been blamed for continuing to incite chaos and violence.

Monday’s court decision, which was expected, is likely to see activists step up their campaigns to keep former regime members out of politics, a key demand of weekly protests since Mubarak’s departure in February.

In October, members of the former regime held a mass rally and demanded to be allowed to run in the elections saying they should not be excluded from the post-revolt process.

“The revolution aimed to bring about freedom, dignity, democracy and social justice, not to promote some parties and exclude others, or restore dictatorship in any of its forms,” ex-minister of social solidarity Ali Moselhi said.