Rabat, November 15, 2011 (MAP)A total of 1,546 candidacy lists were filed for local electoral constituencies as part of the November 25 legislative elections, the Interior Ministry announced on Monday. 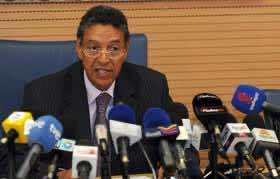 A total of 1,546 candidacy lists were filed for local electoral constituencies as part of the November 25 legislative elections, the Interior Ministry announced on Monday.

The lists comprised 5,392 candidates with a national average of 17 candidacy lists per constituency, the same source said in a statement.

Following the expiration of the application date for candidacy lists, the Ministry highlighted that this initial phase of the parliamentary elections took place in a “positive climate” in different provinces and administrative divisions.

At the level of national electoral constituencies, 19 lists were filed with 1,710 candidates, including 1,140 women and 570 young candidates, the same source said.

As for candidates without party affiliation, two candidacy lists were presented in the local electoral constituency of Mdiq-Fnideq (North), and in Ain Sbaâ-Hay Mohammadi (Casablanca), the statement adds.

The Ministry noted that the number of women candidates in local electoral constituencies stands at 484.

The total number of the local electoral constituencies stands at 92.