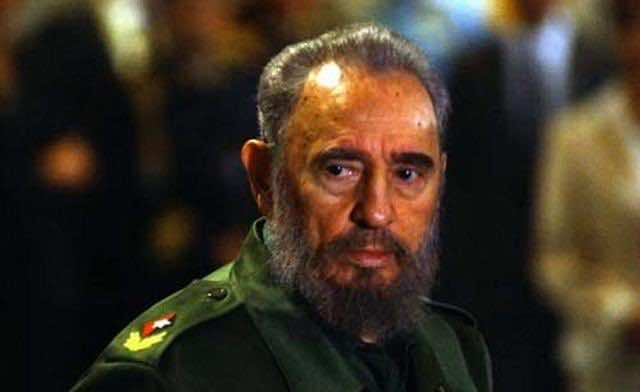 An attack by Israel on Iran would likely lead to a “bloody war with incalculable global consequences,” Cuba’s former potentate Fidel Castro said in a newspaper article, as the European Union showed little appetite for military action.

“A bloody war would inevitably be unleashed. There is no doubt about that,” Castro wrote in a commentary published in Cuba’s state-run newspapers.

The 85-year old former president, who formally handed the reins of power to his younger brother Raul nearly five years ago following a health crisis, maintained that any Israeli act of war toward Iran would be vastly more serious than past military operations against Iraq and Syria “given (Tehran’s) ability to wage war, the number of its inhabitants, and the size of the country.”

Israel in recent weeks has warned Tehran of possible military strikes against its nuclear sites, and fears of such an attack have increased following the release last week of a U.N. nuclear watchdog report accusing Tehran of working to develop nuclear warheads to fit inside its medium-range missiles.

But Castro warned that the report by the International Atomic Energy Agency would “bring the world to the edge of nuclear” war.

He added in the article published on Sunday that “Israel has a large number of nuclear weapons and the ability to have them reach any point in Europe, Asia, Africa and Oceania.”

Castro, in the article entitled “Genocidal Cynicism,” wrote that “NATO has scarcely concluded operations last month in Libya” but already appears to be on the war path with its sights set on Iran.

He also railed against the “Yankee Empire,” a favorite epithet for the United States, which he accused of plotting in concert with Great Britain and Israel to wage war against Iran.

The Islamic republic has long rejected Western and Israeli allegations that its nuclear program is geared toward military objectives, saying its activities are solely civilian.

French Foreign Minister Alain Juppe warned after talks with European Union counterparts that a military intervention “would be the worst thing and it would drag us into an uncontrollable spiral.”

German Foreign Minister Guido Westerwelle said too that military action would be “counter-productive.”

But British Foreign Secretary William Hague said all options should remain on the table.

Asked to comment on talk of a strike against Iran, Hague said: “We are not considering that at the moment. We are not calling for or advocating military action. At the same time we say all options should remain on the table.”

In a statement, the 27 EU ministers voiced “increasing concerns” over Tehran’s program and the lack of progress on the diplomatic front, a week after the U.N. atomic watchdog cited “credible” intelligence suggesting Iran carried out work towards building nuclear warheads.

“We urge Iran to address the international concerns over the nature of its nuclear program through full cooperation with the IAEA and by demonstrating readiness to engage seriously in concrete discussions on confidence-building steps,” the ministers said.

Warning that Iran was in breach of international obligations, the ministers said that they would “examine possible new and reinforced measures” when they are next due to meet next month.

“It is clear that the IAEA report shows that Iran is making progress in its project to build a nuclear weapon. It is a major danger for the stability if the region and the world,” Juppe said.

The French minister mistakenly told reporters the EU would ask the European Investment Bank to freeze loans to Iran. His entourage later said Juppe had confused Iran with Syria. The EU had earlier agreed to impose such a sanction on Syria.

“I don’t think any military response is justified or called for. We have to solve this by diplomatic means,” Bildt said.

Ashton told reporters she was still waiting for a response from Iran on her letter offering to resume talks, but that negotiations had to take place “absolutely in the spirit we proposed.”