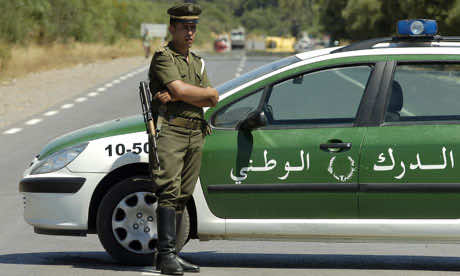 A group of armed men kidnapped a doctor near Tizi Ouzou, the chief town of Algeria’s northeastern Kabylie region, Tuesday as he was taking his children to school, an AFP correspondent reported.

Nacer Djelal, a cardiologist in his 50s, was driving from his village of Beni Aissi when he was intercepted five kilometres (three miles) further on at Tala Bounane, by five or six armed men wearing the uniforms of members of the security forces, the correspondent said.

They verified the identity of the doctor, made the children get out of the car, and kidnapped Djelal in his own vehicle, which was abandoned further down the road before a roadblock of the security forces.

No contact between the kidnappers and the family had been made, but villagers were getting ready to help.

Since 2005, kidnaps have been on the increase in Kabylie, where members of Al-Qaeda in the Islamic Maghreb (AQIM) are active. Almost 70 people have been abducted in the past six years, according to press reports.

Most of the hostages detained by armed groups in the region have been freed after the payment of ransoms, according to the press.

However in 2010, two hostages were freed in Kabylie under the pressure of the population, without any ransom being paid.