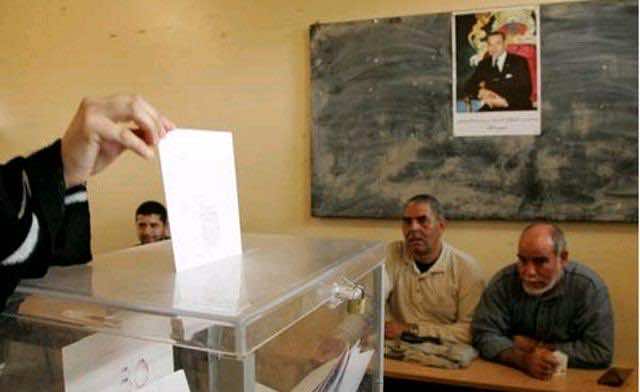 Morocco’s pro-democracy activists threaten to boycott the country’s upcoming legislative elections in which voter turnout is seen as critical to reforms made by King Mohammed VI in wake of the Arab Spring.

Morocco’s parliamentary elections are part of a government-initiated reform process in the North African kingdom in response to pro-democracy demonstrations that swept the Middle East earlier this year.

Thousands of pro-democracy activists demonstrated in Morocco’s largest city of Casablanca, calling for a boycott of the elections scheduled to take place in two weeks.

The demonstrations come as a parliamentary delegation from the Council of Europe noted there was little enthusiasm in the country just two weeks prior to the election and expressed concern about voter turnout.

“I’m boycotting, how about you?” said stickers carried by many of the activists as they marched through a working class district in Casablanca.

Mohamed al-Raba’a, a Moroccan politician living abroad asked Moroccans to boycott the upcoming elections which he described as being between the “King and the King himself” he told Hespress, Moroccan electronic newspaper on Monday.

He said at in a press conference held on Friday at the headquarters of the Dutch parliament seminars that the new constitution would not reduce the King’s power; instead “it further legitimized his authority.

“These elections are a piece of theater,” he added.

Raba’a, a former party leader of the Dutch parliamentary party in the house of representative, said at the conference organized by the February 20th Dutch youth movement, “that political power is centered in the hands of one person, which is the King.”

He did concede to some of the positive aspects of the new constitution such as freedom of expression, and of the press, besides preserving human rights.

The pro-democracy February 20 movement in Morocco which organized the demonstrations, however, has dismissed the king’s reforms and the upcoming elections as “facade democracy” that they say has long been practiced in the kingdom.

Morocco has always had a degree of pluralism that was once lacking elsewhere in North Africa, with several parties competing for seats in a national assembly.

The king, however, holds supreme power and often plays one party against another. In 2007, participation in elections was only 37 percent as many saw little point in voting for a body that has few real powers.

The Council of Europe delegation spent a week in Morocco talking with politicians and party officials and found that many were worried that these elections would see similarly low levels of participation.

“The delegation noted that the electoral campaign, which officially begins Nov. 12, has not evoked much excitement among voters,” according to Sunday’s statement at the associated press.

There has been no outward sign on the streets, such as campaign posters, to show that elections are imminent.

Around 3,000 activists from the February 20 movement, marched through the lower income neighborhood in Casablanca as thousands watched from their homes, some even joining in.

“I don’t demonstrate with them because I have a young child, but I am 100 percent with what they are saying,” Emad Khayri said to associated press as he watched the demonstrators march by. “I have no reason to go vote.”

Another bystander said he saw little point in joining the demonstration because he didn’t think they would achieve their goals, but agreed with the demands for an end to corruption, better schooling and health care and an end to police brutality.

In related news, TV program dedicated to migrants living abroad aired on state televised from the U.S capital, Washington, was moderated by Mohamed Saed Wafi, a Moroccan media commentator on the vote of Moroccan living abroad.

During the show, Moroccans spoke about wanting the right to elect their representatives in the Moroccan parliament from their country of residence.

Their frustration is over the rule to appoint a delegate to represent them and vote in their name on November 25 for the upcoming ballot for the election of members of the House of Representatives. According to this, Moroccans living abroad are required to fill out forms available at every consulates and embassies of Morocco in the world. Each delegate has the right to vote for only one voter,