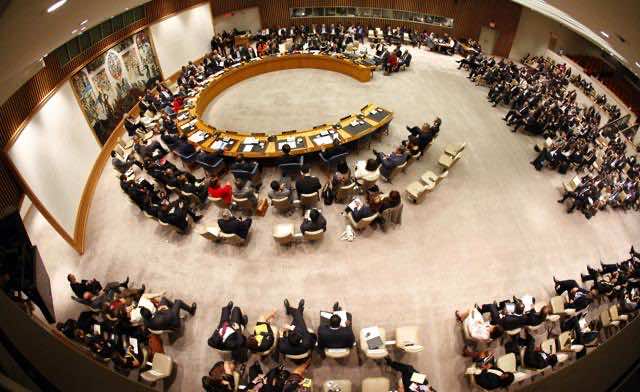 Security Council members today strongly condemned the recent attacks against embassies and consular premises in Syria and urged the country’s authorities to meet their international obligations to protect diplomatic and consular property and personnel.Media reports say that pro-Government demonstrators attacked embassies and consulates in several cities, including the capital, Damascus, causing serious damage to the buildings.

The attacks follow the decision of the League of Arab States to suspend Syria’s membership until authorities end their continued crackdown on anti-Government protesters. More than 3,500 people have died since an uprising, in line with similar protests in other countries across North Africa and the Middle East, began early this year.

In a press statement issued today, the 15-member Council condemned the attacks, noting they resulted in intrusions into diplomatic premises.

The Council “recalled the fundamental principle of the inviolability of diplomatic and consular premises and the obligations on host governments, including under the 1961 Vienna Convention on Diplomatic Relations and under the 1963 Vienna Convention on Consular Relations, to take all appropriate steps to protect diplomatic and consular premises against any intrusion or damage and prevent any disturbance of the peace of these missions or impairment of their dignity,” the statement said.

Meanwhile, responding to journalists’ questions in Bangladesh, where he is on an official visit, Secretary-General Ban Ki-moon stressed it is “crucially important now that President [Bashar] al-Assad must immediately stop killing” his own people and fully implement an earlier agreement with the League of Arab States aimed at resolving the crisis.

Mr. Ban said he was in close contact with the Arab League in a bid to end the killings and ease tensions.

“This is a source of great concern, not only for the region, but for all the international community, for democracy and humanity,” he said.