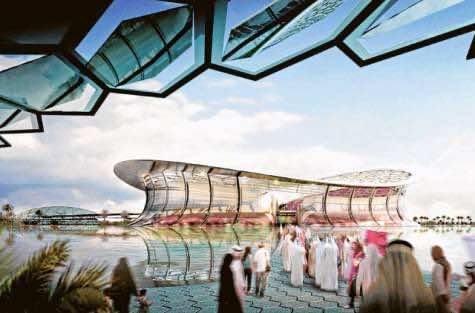 Qatar will not oppose a winter World Cup in 2022 if world football governing body Fifa wants it that way, Qatar 2022 Supreme Committee secretary general has said.

“Right now, the plans are on to host the World Cup in summer itself,” Hassan Abdullah Al Thawadi said. “However, if Fifa asks the organisers to postpone the championship to winter, we will not oppose the proposal,” he said at the Aspire4Sport Conference. No such discussions have so far taken place, he said.

According to Al Thawadi, Qatar is already working on putting in place technological requirements to meet the summer needs of the players and fans expected to attend the World Cup.

Al Thawadi said such advanced systems, if not used during the 2022 summer, could be utilised later for other major events. Around 800,000 foreign fans are expected to throng the 12 venues in Qatar during the World Cup, he said.

“We will be ready to receive them without any problems. Qatar made the bid for 2022 World Cup with the sincere hope that all the necessary infrastructure requirements in the country could be put in place in a decade-long period. We did not make any bid for the 2018 championship to make sure that every required thing could be completed,” he said, quoted in the local press.

“The 2022 World Cup would be rich in Middle East flavour. Each of the preceding editions of the Cup had its own local flavour and naturally the one that the country is going to host will certainly have plenty of its own unique features,” he said.

“The 2022 World Cup will provide a good opportunity for ordinary but diehard football fans across the world to understand each other much better than anywhere in the world,” he said. “The fans coming from the Far East, Europe and Americas would learn the feelings of football crazy people of the Middle East and North African countries, in particular the GCC states.”